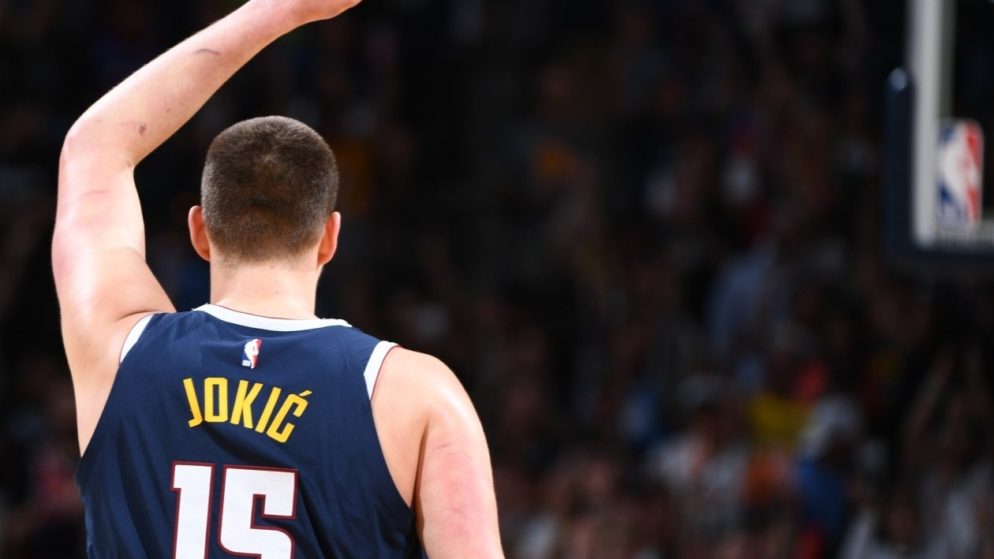 In his return from NBA suspension, Joel Embiid was an offensive and defensive force for the Sixers on Wednesday against the Jazz, finishing with 27 points and 16 rebounds. However, Philadelphia still lost a close one to Utah, 106-104. A big reason for the loss was Ben Simmons leaving the game in the second quarter with what proved to be a sprained AC joint in his shoulder – an injury which will cost him several upcoming games. In his absence, Jazz shooters were spared Simmons’ stifling perimeter defense, and Bojan Bogdanovic finished with 20 points, including a clutch three-pointer in the closing minutes.

The Sixers did manage to contain star shooting guard Donovan Mitchell to 24 points on 23 shots, but could not keep up with the Jazz on the boards. Surprisingly, Utah out-rebounded the Sixers by a 50-42 margin, with Rudy Gobert matching Embiid’s 16, despite Philly ranking sixth in NBA rebounding coming in. That sort of shortfall doesn’t bode well for their next game against the Denver Nuggets, now that they’re temporarily without Ben Simmons’ defensive services. Also, Embiid only shot 5-16 from the field, while hitting 16-18 free throws. Big Joel (who swore to reporters that he’ll never get suspended again) will need to get his shooting rhythm back fast.

The Sixers finish up their four-game Western road trip with a look in the mirror. They face a young/deep team with a 5-2 record, much like themselves. Denver is led by an elite center in Nikola Jokic, who can hurt you in multiple ways. For the season, the 7-footer is averaging 14.9 points, 9.7 rebounds and 5.9 assists. But it’s young point guard Jamal Murray who leads Denver in scoring with 18.9 points. While veteran small forward Will Barton is providing solid secondary scoring and rebounding with averages of 14.2 and 7, respectively.

With Simmons out, Sixers backup point guard Raul Neto logged 30 minutes against the Jazz. Neto finished with 11 points four assists, three rebounds, and three steals. He likely will pick up Simmons’ lost minutes at the point, which will somewhat change Philly’s offensive approach. Neto stands only 6’1″ and weighs 170. But then again, few PGs in the NBA are as tall and heavy as the 6’10” 240 lb Simmons.

The only injury of note for the Nuggets is an ankle issue for shooting guard Gary Harris. Harris is averaging 11.7 points, and may play anyway.

The Nuggets are healthy, very deep, and very talented. Now they face a Sixers squad without its key back court leader. I think Denver (even with a monster game from Embiid) will send Philly to a third straight loss. I hate to say it, but I’m taking Denver as a 6 point favorite tonight.

SugarHouse is offering the best value on this spread right now. and taking the Nuggets as -6 favorites, with the payout at -103 ($103 wins $100). If you’re looking for an alternative, Unibet is offering the same wager with a -104 payout.

Pointsbet continues to offer the ‘make it rain’ booster on all 76ers, Knicks and Nets games. Place a pre-game spread bet on any of these NBA teams, or their opponents, and PB will pay you $3 per three-pointer made by your pick. The promo is automatically applied on all $100+ pregame spread bets.