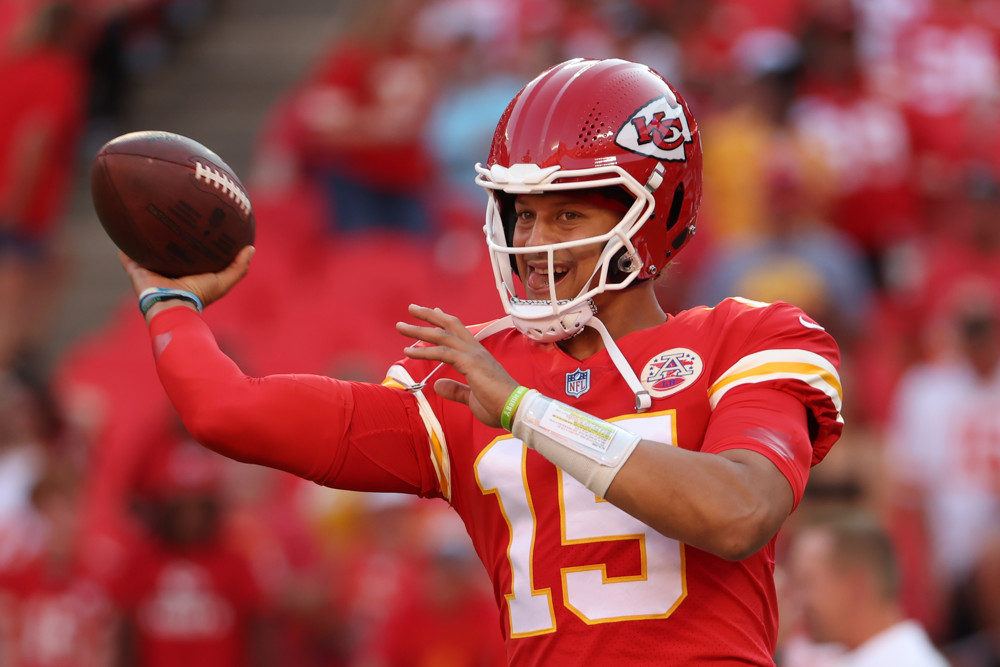 The new NFL season got off to a roaring start! It was one of the wildest opening weeks in quite some time. We saw multiple botched field goal attempts, games decided at the last minute or in overtime, and even a tie and it’s only week one. You can expect more craziness to ensue as this NFL season goes on.

On tap for this Thursday night’s primetime game is a divisional matchup between two of the most prolific offenses in the league, as the Kansas City Chiefs take on the L.A. Chargers. Mahomes and company looked like they didn’t miss a beat even with the departure of Tyreek Hill. Meanwhile, the Chargers had to battle through some injuries but ultimately dominated the Las Vegas Raiders. With that said, let’s dive in and take a look at the betting preview for this Thursday night showdown.

The Kansas City Chiefs and the L.A. Chargers are prime to put on a show for all football come Thursday night. Coming into the season everyone was wondering how the new-look Chiefs offense would be without their superstar wide receiver Tyreek Hill. Well, they showed that they haven’t missed a step even with his departure. Patrick Mahomes was pretty much unstoppable against the Cardinals as he passed for 360 yards and 5 touchdowns with a 76.9% completion percentage. It’s going to be a tall task for the Charger’s defense to slow down Mahomes and this Chiefs offense.

The Chargers got off to a fast start with a 17-3 lead over the Las Vegas Raiders at halftime but then stalled in the second half with only 7 points in the remaining two quarters. That could be large in part due to the absence of Keenan Allen due to a hamstring injury. This injury is now keeping Allen out of this game taking away Herbert’s number 1 wide receiver. It’s going to be up to other star players like Austin Ekeler, Mike Williams, and Gerald Everett to pick up the slack and help power this Chargers offense against the subpar Chiefs defense.

Both teams have alternated wins and losses over the last 2 years with 3 out of the 4 games being decided by 1 touchdown or less. They are both very familiar with one of the other which is why we should expect a close game without. Being that this is a rivalry and divisional game, I always like to lean towards taking the points. Expect Mahomes and Herbert to battle it out, score for score in primetime for all of us football fans to watch.

The Charger’s star wide receiver Keenan Allen is out Thursday night due to a hamstring injury. That leaves open a wide receiver slot and the biggest beneficiary would be 3rd string wide receiver Josh Palmer. Palmer has shown glimpses of brilliance when he is able to get a starting wideout spot.

In the games that he started and received at least 6+ targets, he’s had at least 4+ receptions, 40+ yards, and a touchdown. In each of those 3 games he started, he caught a touchdown in each of them. Also, being as the Chargers should be playing from behind the whole night, Palmer should ample amounts of opportunity to see pay dirt.

Given the line at hand at over 2.5 to 1 odds, I think it is an absolute steal and is worth a small sprinkle for a pretty good return. Expect some fireworks right out of the gate between these two. Grab your popcorn and get ready for some high-scoring football!

As the betting markets show, they expect this game to be fairly close throughout. The spread was as high as 4.5 a few days ago but has now settled at 4 with some sharp money coming in on the Chargers. The Chargers are 3-0-1 against the spread in their last 5 meetings on the road in Kansas City. They are also 3-1-1 overall against the spread in their last 5 games against the Chiefs. Divisional games are normally hard-fought by both teams and taking the points seems like a logical choice on Thursday night.