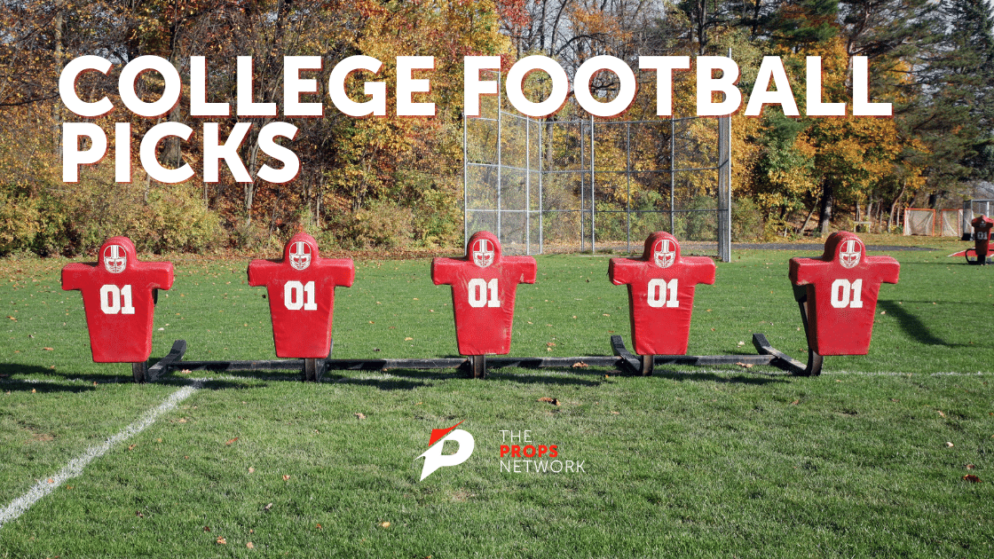 In last week’s article we went 4-6 with my top ten picks of the week, but we could have easily come out on top had it not been for the chaos in the first week of the Big Ten Season. Penn State would have covered if they held Indiana on the last drive of the game, but we all know how that ended. That was enough to give any gambler a heart attack. If you took Indiana and stuck it out congratulations, you earned every dollar you made stressing over that game.

Also, MSU and Maryland were both complete disasters in their first week of Big Ten play. Not only did Michigan State lose to perennial bottom feeders Rutgers at home, they lost to Rutgers at home by double digits, 38-27. It was a total embarrassment for the Spartans but maybe not as embarrassing as the loss Maryland had to Northwestern.

Northwestern had their way with the Maryland defense and could move the ball up and down the field with seemingly no resistance whatsoever. On top of that, the debut of Taulia Tagovailoa was an absolute dud for the Maryland offense. He completed 14 of his 25 passes for 95 yards and threw 3 interceptions with no touchdowns. The Terrapins look to be in for another long losing season, and it won’t be any easier for them this week. On Friday night Maryland welcomes Minnesota to College Park fresh off their loss to Michigan. This will be a get-right game for the Golden Gophers and I am willing to lay as many points as it takes to put my money on Minnesota this Friday night to get my weekend off to a good start. The Pick: Minnesota -20 at Maryland.

My top ten picks in the conferences that have been playing since September were much more successful last weekend. Alabama rolled Tennessee and covered easily, meaning that the Volunteers will continue their free fall for at least another week. Also, my number one bet of the week hit yet again this week and continues to be the best bet on the board in Vegas. Clemson always wins the first quarter! They have done so every week this season and will continue to do so until they find their way into the college football playoff which they almost inevitably will. Personally I see them winning the whole thing easily, but that’s a bet for another day. This week they have Boston College, and the first quarter line is Clemson -7. Take that bet and do not think twice about it. The Pick: Clemson -7 in the 1st quarter vs. Boston College

Another great team from South Carolina that we won money on last week was the Coastal Carolina Chanticleers. I bet them to win over Georgia Southern early in the week when the line was Coastal -3.5. However, that line took a big dip all the way down to Coastal -1 when it was announced that their starting QB Grayson McCall would not be playing in the game. Even without McCall, Coastal won the game over Georgia Southern 28-14 and covered the spread with ease. McCall’s replacement Fred Payton threw for 252 yard and three touchdowns.

He did have two interceptions also, but the Coastal defense was able to hold strong and I expect him to be able to clean up the turnovers if he fills in again this week. This week Coastal travels to Georgia State where they are favored by 2.5 currently. Georgia State has played their opponents close this year but has only a 1-2 record in the conference to show for it. The game on Saturday might be close but I still see Coastal remaining undefeated and covering the 2.5. The Pick: Coastal Carolina -2.5 at Georgia State

Stay tuned to The Props Network for more college football picks and live legal online sportsbook odds comparison for every game. Must be 21+ to bet online. Do you or someone you know have a gambling problem? Call 1.800.Gambler today.