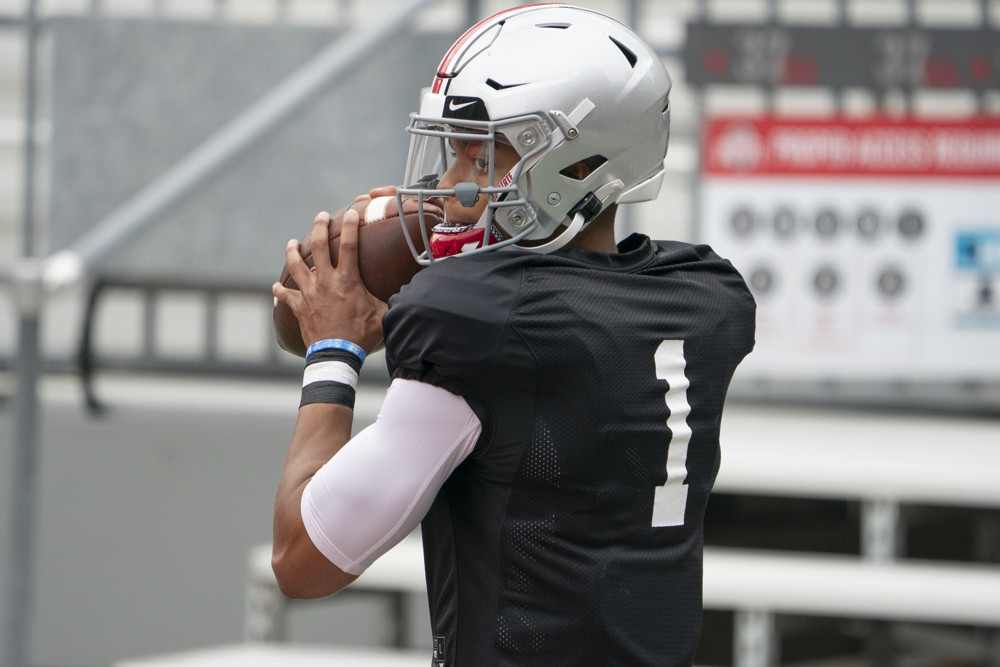 If I told you before the start of the season that Ohio State would host a matchup of two top ten teams you probably would not be shocked. However, if I told you before the season that Ohio State’s only top ten opponent in the regular season would be the Indiana Hosiers you might very well be shocked to hear that. Surely it would be against Penn State, Michigan, or maybe even Michigan State? Nope, the only top ten opponent Ohio State will face in the 2020 regular season will be Indiana University. That is very on brand for 2020 in all honesty. But the Hosiers completely deserve it, they are off to a 4-0 start and look to have one of the best teams in their school’s history.

Indiana Hoosiers: The Hosiers enter this game ranked as the 9th best team in the entire country. This is their highest ranking going into a top ten matchup since they entered the 1968 rose bowl as the 4th best team in the country. Indiana is firing on all cylinders, but they are led by their defense. So far this season the Hosier’s have arguably the best defense in the Big Ten and statistically a better defense than Ohio State.

The Hosier’s are allowing less yards per game and less points per game than the Buckeyes. After their week one overtime win vs Penn State, Indiana has allowed 21, 21, and 0 points. They are also forcing an incredible 3 turnovers per game om average. They have a sufficient offense that is scoring 33.8 points per game and a star wide receiver in Ty Fryfogle who already has 424 receiving yards and 4 touchdowns through 4 games. I believe the Hosiers could pose a significant threat to Ohio State this weekend on both sides of the ball.

Ohio State Buckeyes: Ohio State comes into this game as the #3 ranked team in the country, but they have only played three games on the season. Their matchup last week against Maryland was cancelled due to a COVID outbreak on the University of Maryland team. Because the Buckeyes have only have three wins compared to Indiana’s four wins, they actually enter this game below Indiana in the Big Ten standings. Nevertheless, the Buckeyes are still a strong favorite to make the college football playoff and rightfully so.

While the Indiana defense has been able to get an impressive 10 interceptions in 4 games, they have yet to play a QB as talented as the Buckeye’s Justin Fields. In three games, Fields has thrown for 908 yards, 11 touchdowns, and 0 interceptions. He has the highest QBR in all of college football at 96.4 and he is leading the Buckeyes to an average of 46.3 points per game and an average of 511.3 total yards per game. I have no concerns when it comes to the Buckeye’s offense.

The defense of Ohio State seems to be the side of the ball that needs to improve if the Buckeye’s want to compete for a championship. In their last two performances, the Buckeye defense has given up 27 points and 25 points to Rutgers and Penn State, two of the bottom feeders in the Big Ten this season. If they give up that many points again, the Buckeye’s will have a lot of trouble covering the 20.5 against Indiana’s strong defense.

In my opinion the Indiana Ohio State game is most intriguing game of the entire weekend and the number 0 is perfect here because it shows us that there are so many unknowns going into this weekend. We don’t know what is going to happen in this matchup because Indiana and Ohio State have played exactly 0 games when both teams have been ranked in the top ten. 0 represents the number of games Ohio State played last week because of a COVID-19 outbreak on the Maryland Terrapins. How will they respond after having a week off? Will they come into this game rested, healthy, and well prepared or will they come into it a little bit rusty?

Get Four Risk Free Bets Up to $1000 At PointsBet Sportsbook

Indiana did play last weekend and allowed 0 points to Michigan State. However, 0 could also represent the fact that Indiana will be without their linebacker, and the coach’s son Thomas Allen, whose season ended when he suffered a hip injury in last week’s game. 0 is not all bad for the Hosier’s though. In their 4-0 start, the Hosiers have failed to cover the spread 0 times. They are also 4-0 against the spread while Ohio State is only 2-1 against the spread.

If the Hosier’s defense plays like they have all season and the offense can exposed some of the Buckeye’s flaws on defense, I think it will be very hard for Ohio State to cover a spread as large as 20.5. That is why I am all over the Hosiers +20.5 on Saturday against the Buckeyes.

It’s 21+ to bet online. Do you or someone you know have a gambling problem? Call 1.800.Gambler today.