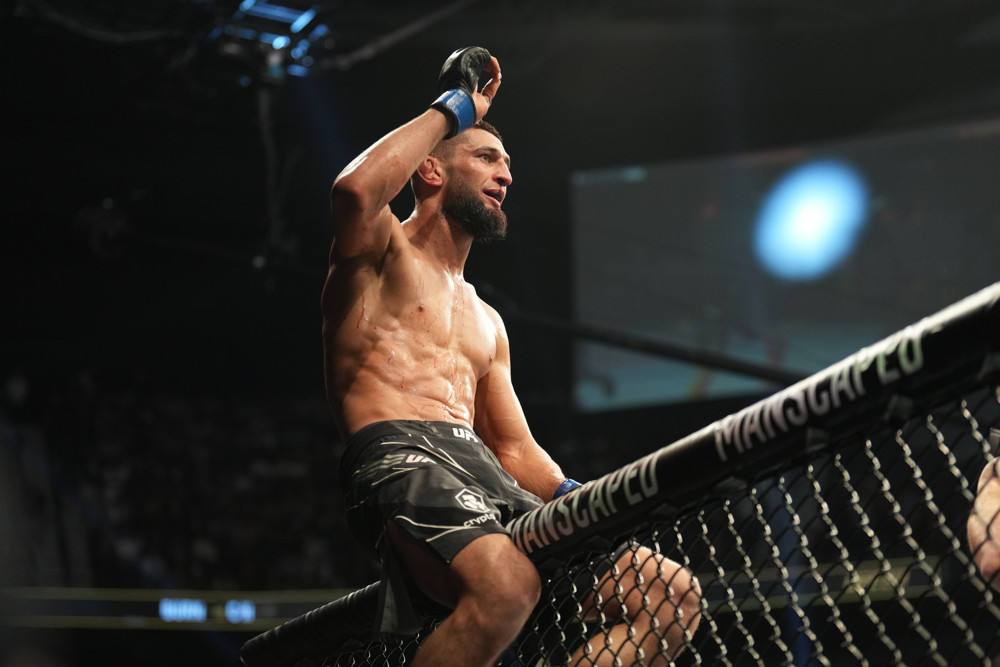 The UFC is coming off of an event to be remembered over in Paris, France. The fights delivered and then some, especially the heavyweight slobber knocker that saw Ciryl Gane knock out Tai Tuivasa in round 3.

Up next, is a stacked PPV event in UFC 279 that is live at the T-Mobile Arena in Las Vegas, Nevada. Headlining this fight card will be the return of fan favorite Nate Diaz as he takes on the human wrecking machine that is Khamzat Chimaev. The rest of the card is littered with exciting fights, but with that said, let’s take a look at this week’s UFC betting preview for Props HQ presented by Playmaker Betting.

To open the main card we have a banger of a fight in the light heavyweight division as Ion Cutelaba takes on Johnny Walker. This is the fight that you’re not going to want to take your eyes off of the screen, not for one second. Expect these two to come out guns blazing the moment the bell rings which ultimately lead to an early finish for either fighter.

As for the betting line goes, it seems as if it is a bit too wide. We have seen Cutelaba falter as the fight goes on which is something Walker can certainly capitalize on. Also, we have seen Walker be prone to getting knocked out as well, making this anyone’s fight. This is going to be an all out war between two exciting strikers and one that is just can’t miss.

In the women’s bantamweight division we have a fight between Irene Aldana and Macy Chiasson. Both fighters are coming off of impressive wins their last time out. Aldana is coming off of a knockout of Yana Kunitkaya but hasn’t fought since July of 2021, making this the longest layoff of her UFC career. Meanwhile, Chiasson is coming off of a split decision victory over Norma Dumont at 145 lbs.

At distance, Aldana is a major problem for Chiasson as she is one of the best pure strikers in the division. She even made the former professional boxer, Holly Holm turn into a grappler. Where Chiasson has the advantage is in the grappling where she has racked up 11 takedowns over has last 4 fights. Whoever imposes their game plan the best will get their hand raised, in my opinion an extremely close decision win for either fighter.

This is the people’s main event as Kevin Holland takes on Daniel Rodriguez in a battle in the welterweight division. Both of these fighters put on exciting fights for the fans and I expect no less in this matchup. Holland has had a successful stint moving back down to 170 lbs, winning back to back fights in devastating fashion. He now faces his toughest test thus far as he takes on the dangerous striker in Daniel Rodriguez.

Rodriguez has been on the shelf for a bit due to an injury but he is now fully healthy and ready to get the biggest win of his career. Both Rodriguez and Holland are tall and rangy strikers which makes this fight extremely difficult to predict. I expect this fight to play out closer than the odds suggest with one of them just pulling away slightly late in the fight to win via decision.

In the co-main of this monumental PPV, we have a fight in the welterweight division between Li Jingliang and Tony Ferguson. Ferguson will make his welterweight debut as his tenure inside the octagon has been in the lightweight division. He also has had a tough go as of late, as he is winless in his last four fights and most recently getting brutally knocked out by Michael Chandler.

Jingliang on the other hand, is 3-2 in his last 5 and is coming off of a knockout of his own against Muslim Salikhov. A lot is going against Ferguson in this fight. He is undersized, power discrepancy and the massive decline of his career. He did look good against Chandler but that changed within a blink of an eye, that is something that we could potentially see come Saturday night. Maybe we get a vintage Tony Ferguson performance but the odds are stacked against him here. Nonetheless, this fight should be fun while it lasts.

In our main event we have the human wrecking machine that is Khamzat Chimaev taking on fan favorite Nate Diaz. These two come into this matchup are different points of their respected careers. Chimaev is still currently undefeated at 11-0 and is knocking on the doorstep of a potential title shot. Meanwhile, Diaz hasn’t won a fight since beating Anthony Pettis in 2019.

Whether Diaz wins or loses he is one to always put on a show for the fans. He never backs down from a challenge and is willing to go to war with anyone and that includes Chimaev. Chimaev may go in there and run through Diaz, possibly ending his time in the UFC but he will not go down without a fight. Regardless what the outcome of this fight is, this is going to be a fight that will be remembered ages from now and one you just can’t miss.