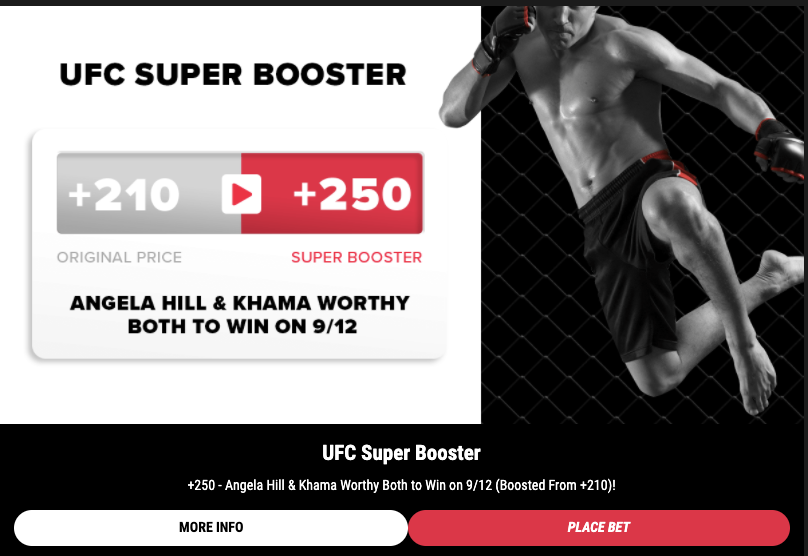 Story of the Card – This is the quintessential Covid 19 Fight Night Card. Waterson vs Hill is the new main event after the original was rescheduled. The new normal for UFC in 2020 is chaos. Cards are constantly in flux and wacky match ups abound. That being said this card is sneakily pretty exciting. We’ll see some crafty journeyman and under the radar prospects in what should be fun match ups. Then there is the main event featuring two of the more charismatic fighters in the division. In the prelims Hawaiian knockout artist Tyson Nam looks to take out ranked opponent Matt Schnell. After that, we’ve got Bobby Green welcoming Alan Patrick back to the octagon. TUF alum Billy Quarantillo will also take on Canadian knockout artist Kyle Nelson. There’s some fun fights and good value bets in this card so let’s take a closer look at the betting action.

Matt Schnell vs Tyson Nam is a great fight in what is sneakily the UFC’s most fun division, Bantamweight. Tyson Nam picked up a gorgeous knockout win in his last fight and then preceded to call Schnell out. Schnell for his part is a great fighter fighting out of a top gym, American Top Team. It’s hard not to think Nam called Schnell out strategically, Schnell is a top 15 opponent whose Kryptonite has been a somewhat suspect chin in a division full of heavy hitters.

Tyson Nam is an incredibly heavy handed bantamweight who looks for the finish rather than attempting to win via strike volume. If things play out the way Tyson is hoping I could see this fight ending with an early knockout. Schnell’s last loss was to Alexandre Pantoja via an overhand right, ironically the same strike Tyson Nam used in his last fight to get the finish. I think Schnell is a talented fighter perfectly capable of winning this fight but the dynamics of the matchup lead me to favor the hard hitting Hawaiian.

Number to Know: 3. That’s the number of knockout losses for Schnell in his last 7 fights. In a division as violent as Bantamweight that’s a scary number.

Bobby “King” Green vs Alan “Nuguette” Patrick should be a fun scrap. Green is a frustratingly talented fighter who seems to have recently put it all together. He’s always been slick defensively, an incredibly rare trait in MMA. Recently he’s been utilizing his talents in far more effective ways and winning fights. Green has always had the talent but would lose frustrating decisions because of strange decisions and bad judging. In his last fight against talented striker Lando Vannata, Green outworked and outlanded Vannata en route to a comfortable win.

His opponent Alan Patrick, a 37 year old UFC vet out of Brazil, has been inactive since 2018. His last fight was a TKO loss to Scott Holtzman, before that he won 3 decisions over decent UFC competition. Patrick isn’t a knockout artist and I think Bobby is the more talented fighter here. Patrick is coming off a layoff and who knows how COVID-19 has impacted his ability to train. This isn’t a super complicated matchup, I like Green to take it and this fight feels like a relatively certain one, maybe good for a parlay.

Number to Know: 26 . The total of career wins for Bobby Green. Despite being the younger fighter Green has far more experience and can hang with almost anyone in the LW division.

Kyle “The Monster” Nelson vs Billy Quarantillo is a great featherweight scrap. Billy Q is a TUF alum riding a 7 fight win streak. Kyle Nelson is a Canadian power puncher coming off a knockout win in his last fight. The dynamics of this fight seem relatively straightforward, Nelson will probably look to start fast and put Billy away quickly whereas Quarantillo would like to take this fight into deepwaters and use his ground game and cardio to get the win. I think Nelson’s best bet for a victory is an early finish, it may also be his only path to victory.

Billy is a rising prospect in the featherweight division and it would not be a surprise to see him grind out a methodical victory or sub Nelson late but from a value standpoint I like Nelson’s odds. Nelson knows his best bet is to go for an early KO and he certainly has the power to do so. To me this fight will probably go one of two ways, Quarantillo takes over as the fight progresses or Nelson starts fast and stops him. Give me the plus odds for Kyle Nelson.

Number to Know: 4 We have seen four First Round Finishes for Kyle Nelson in his last 6 fights.

Michelle “The Karate Hottie” vs Angela “Overkill” Hill is an interesting matchup in the UFC’s Strawweight division. Angela Hill has been incredibly active this year, winning 2 of 3 fights in 2020. Her only loss came via a controversial split decision and she’s looked good in all her bouts. She’s a busy striker who often outvolumes her opponents. Waterson is a talented striker with a slick submission game.

She’s coming into this fight on a 2 fight skid. The problem for Waterson in a lot of her fights comes down to frame. Waterson is a tiny strawweight and if the UFC had an Atomweight division she would be fighting there. On the other hand Hill is large and strong for the division. If Waterson could get her to the mat I think it would help but I think it’s more likely this fight takes place on the feet or in the clinch. Hill is a slight favorite and I think her recent activity as well as physical advantages tilts this fight in her favor.

Top Prop: Fight to go to the distance. Women’s Strawweight is not a division with a lot of stoppages to begin with and both these fighters have gone the distance with bigger more violent opponents. I’d be surprised if this one didn’t go to decision.

Number to Know: 5.76 vs 3.31. These are, respectively, the strikes landed per minute by Hill and Waterson. I think Hill out-volumes Waterson to a decision.

Follow The Props Network for the best in betting news, sports content, podcasts and live MLB, NHL and MLB odds for every game this season. The Props Network is also the place to find exclusive online sportsbook bonus deals and more free bets than any other website.