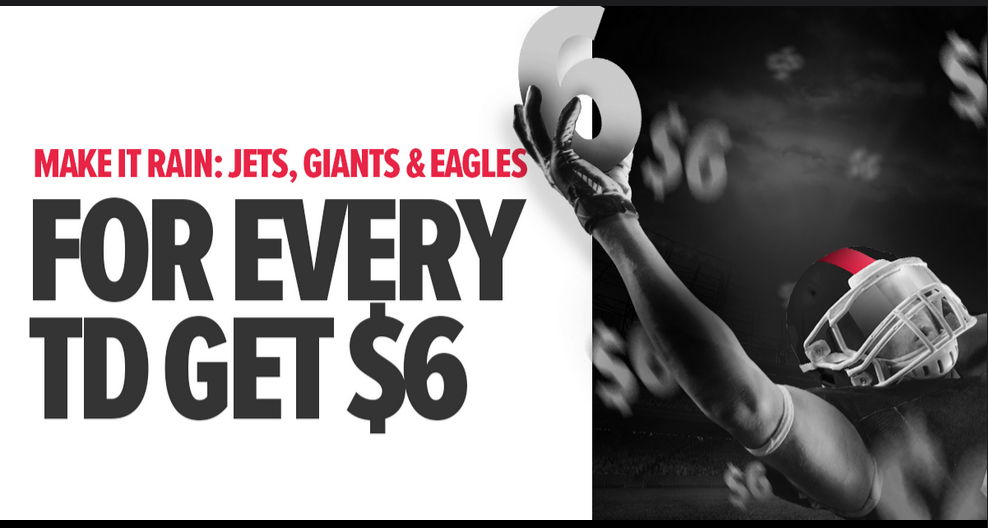 Every week I post my picks here on The Props Network. This site is a great place to grab all the best bonus offers now available in legal betting states. For example, Unibet will give you a FREE $20 to try their site, and you don’t even have to deposit. So if you like a pick this week, you can bet on it for FREE at Unibet.

What we learned around the NFL last week…

The Niners are not frauds, but they are a tad overrated.

Keep in mind that Niners receivers dropped eight of Jimmy G’s passes and George Kittle is still out. Also, the refs were atrocious in this game, so whether you were backing Seattle or the Niners you were primed to throw a brick through your television.

But in between the incompetent ref crew (maybe look them up and bet the over on every game they work) and dropped passes by the Niners were a bushel of Seahawks sacks and Russell Wilson making his claim for MVP. Keep in mind that Seattle is 5-5 ATS including 1-4 ATS at home and 4-1 on the road. Coming off the bye they’ll face Philly November 24 on the road at +3.5 on the look ahead line. Also, don’t overlook the fact that Seattle is 7-1 in one score games indicating what we already know: Wilson is keeping them alive. I am not predicting a drop off, but I am saying they have a brutal schedule down the stretch: Philly, Minny, Los Angeles, Carolina, Zona, and the Niners. Proceed with caution.

The Rams offense is a dumpster fire and it all starts with the offensive line.

There was a lot of optimism coming into the season because the dudes replacing Sullivan and Safford, Brian Allen and Joseph Noteboom, had spent so much time practicing with the first team that the coaches expected their third-round draft choices (and remember, the third round is about as good as it gets for the Rams for the next few years) to step in and start. Well, they started, but they were not good and now they are hurt. Not every third-round pick is going to be Cooper Kupp and with the way the Rams’ offense operates the o-line is especially important.

Also, Goff is not good at pre-snap reads or anticipating where open space in the defense is. He needs time to get into rhythm and is awful under pressure.

Kellen Moore may be an imaginative play caller, but Jason Garrett is officially a liability. He’s incapable of adjusting and has now lost to New Orleans, Green Bay, Minnesota, and the Jets in what were winnable games considering their talent. Yes, I bet on them in every one of those games because I’m an idiot.

Did I mention that they literally lost on the road to Adam Gase. Let that sink in for a second.

The Cowboys are ranked in the top ten in defense and offense, but are still 5-4 when they should be more like 7-2 at worst. But hey, at least Jerry is consistent in sticking by a crummy head coach who just does what he’s told. Oh, and look, Dallas goes on the road against Detroit and the Pats before catching the Bills. The only gimme on the rest of their schedule is the Redskins in week 17.

Don’t panic, the Saints just had a bad game.

It happens. Now, if they cost you a pick in survivor like it did for like 70 percent of America, then I feel and share in your disappointment. Sure, they looked like trash coming off the bye, but Brees was bound to be rusty and face it, Atlanta has a lot of talent on offense and is still capable of scoring. I wouldn’t read too much into it, but I also wouldn’t feel cocky about them going into Tampa. The Saints are going to be looking to bounce back in a big way against the spotty and turnover prone Bucs.

Pittsburgh’s defense is great. Cleveland’s offense is not.

Do with that what you will on Thursday when the Browns will be on short rest against a superior coaching staff and a defense fully capable of causing Cleveland to shit their pants on the goal line again.

The Raiders have a shot at the Wild Card, the Packers are humming and the Ravens will not stop stomping on teams.

Also, the Cardinals still won’t quit, the Colts cannot win with Hoyer, and Kirk Cousins has put together a nice string of games. I take it back, Kirk, you’re alright. For now.

Now on to the NFL PICKS…

All Lines are from Caesars

I can’t for the life of me imagine Atlanta stringing together two dominant performances, or generating that kind of pass rush two weeks in a row. And on the road?

Oh, yeah, Carolina is ranked 11th against the pass. So let’s see if Matt Ryan can handle them with virtually no running game. I don’t need to put together 1,000 words to convince anyone to go one way or the other.

Two of the hottest teams in the NFL getting it on. For the life of me I cannot imagine why this game is not in prime time, but I guess we get that awful Bears and Rams matchup on Sunday night. Who gives a shit, right? This is probably the game of the day and I strongly suggest you have bottomless Bloody Mary’s ready because it should be fun.

Anyways, Balty’s covered four straight spreads, handed their Pats their first loss, and Lamar is getting serious NFL MVP consideration. Houston can run, their offensive line is healthy, and they are quietly 6-3. Now the big thing is that Houston’s defense is dinged up and missing JJ Watt for the rest of the year. Yet they are still giving up only 84.1 YPG on the ground. The Ravens are getting 197.2 on the ground and are fully capable of just going to the air whenever they like, especially now that Hollywood Brown is back in the lineup.

Houston is 4-1 off the bye under O’Brien. So that’s a nice look, but my tipping point is always coaching and I rank Jon Harbaugh over BOB. Sure, Houston’s offensive line is healing up and Watson isn’t running for his life on every play. For now. But I can see Baltimore having more in the tool box on offense.

I am not saying it’s a wide gap, but it’s enough to get me to take the Ravens at home. Four is a little high for my taste on this one and the over has rocketed over 49. But this one has offense written all over as I think both offenses are going to really heat up. While I think Watson can keep this one close for the Texans, the OVER seems to be the tastiest option on the plate.

Pats of the bye has to be one of the biggest public bets in sports. They are 14-5 off the bye under Bill. With Brady they are 13-4 with the last loss being 2016 against Seattle. Sure, the Pats are 8-1, but consider that this is maybe the third quality opponent they have faced all year.

We are used to seeing them clobber good teams. But the fact is that the Pats are not as dominant as they have been in the past.

That’s not a matter of opinion, it’s a fact. New England is still 7th in passing and 23rd in the run and have to get by with a banged up receiving corps. Their defense is excellent and finally got a real test last week and lost a game they were bound to lose just because it’s next to impossible to go undefeated.

Philly doesn’t impress me much, though. Sure, they have a couple nice road wins against Green Bay and Dallas, but their offense doesn’t impress me much. I’m still not a big believer in Carson Wentz. He has fallen off from his MVP level play in 2017 and now the Eagles are ranked 20th in total offense. The run game is nice with Jordan Howard averaging 58.3 running yards and Miles Sanders getting 37.3 YPG. But I am not seeing the Eagles just dominating games or even winning consistently. It’s always two steps forward and two steps back.

A pick against Bill off a bye is just silly to me and the guy who was pretty instrumental in Philly’s Super Bowl win is now in Indy. So I just don’t see a strong reason to take Philly unless the line climbs a lot higher. I trust Bill to keep the Eagles pass rush off Brady and open up some draw plays for his anemic run game.

As you go to the window, keep in mind that even with all of New England’s problems they were competitive against Baltimore and they still have the 2nd ranked NFL scoring offense and the 1st ranked NFL scoring defense. Sure, the competition early on wasn’t great, but they are not pulling an Alabama and hand pick a patsy to beat up on.

Jacoby Brissett is coming back after a week away and Nick Foles takes back over off the bye. Foles has had a couple weeks to reacquaint himself with the offense, but everyone else is in mid-season form. They have been running a different flavor of offense than they would with Foles. So I am sure that’ll take some getting used to. Plus, It’s not like the Jags offense was setting the world on fire with Minshew.

As for Indy they didn’t really alter much about their game plans because they are what they are. The Colts are a run first team that will sling the ball around when they have to. The offense is ranked 22nd overall, 18th in scoring, and the defense is 10th in the NFL.

So basically you get a lot of low scoring games with the Colts. A perfect game for them is what they did to KC winning 19-13. Frank Reich is a really good coach who occasionally makes some head scratching moves. But overall this is a pretty conservative team that has to be prodded into scoring.

I’m not expecting a ton of points. The Colts would be more than happy to grind this game out. And no matter how healthy Foles is, he is going to be rusty. Plus he is under center for the Jags 24th scoring offense. Gimme the UNDER for both halves on this one.

BONUS PICK: UNDER 21 points in the first half

Stay tuned to The Props Network for my weekly NFL Picks against the spread.