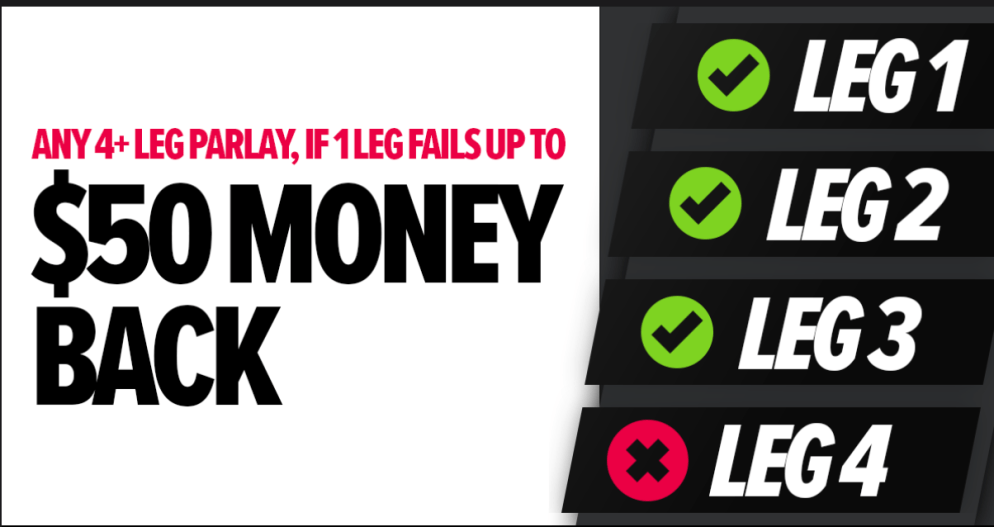 Major Props to the Karma Kommittee

US Sportsbooks don’t usually let players win or refund their online bets. But, Pointsbet does. That’s right, the NJ online sportsbook has rescued their players from another bad beat disaster! Here is how the Pointsbet Karma Kommittee spread holiday cheer after a crazy ending to the Eagles vs Redskins game.

CLICK for up to $1000 in RISK-FREE BETS at Pointsbet

So, why did the NJ online sportsbook refund all bets to those backed the Washington Redskins against the 6.5 point spread? Because it was the bad beat of all bad beats. With 2 seconds remaining in the game, the Eagles held a 4 point lead at 31 – 27. Philly was winning, but not covering the spread. Then, on the final play, Dwayne Haskins made a haphazard attempt at a backwards lateral. The ball was scooped up by the Eagles defender and run in for a Touchdown to end the game. Philadelphia won the game 37 – 27 and covered the spread due to defensive touchdown. Many have suggested that with the game clock expired, the Eagles should have taken a knee after the turnover. There was no reason for them to go for a score in that situation. Pointsbet was having none of it.

Pointsbet has the Karma Kommittee in place to handle exactly this type of Bad Beat situation.

Players who took Washington as an underdog made a good bet. Then, what happened in the final seconds was unfair. Is sports betting always fair? No, of course not. But PBNJ is no Grinch! They called a meeting of their special bet fairness committee and decreed that all Washington pre-game spread bets would be refunded in full. Both sides win and both Eagles and Redskins fans can rejoice!

The legend of the Pointsbet Karma Kommittee is growing, and is why many players stay loyal to the NJ online sportsbook. Last year, the most famous Karma decision was made when the New Orleans Saints were robbed in the NFC Championship Game. The refs missed a crucial call against the Rams, so Pointsbet refunded all bets on the Saints.

Stay tuned to The Props Network for more online sports betting news and bonuses from Top US Sportsbooks. Get our latest deals today from BETMGM and the BORGATA ONLINE.

Pointsbet is also where NJ players will find the best bonus action for football betting this weekend. We rounded up the best PBNJ online betting deals that you can dive into now before they are gone.

Your betting weekend starts on Thursday Night Football with these Pointsbet Super Boosters for Jets @ Ravens. Boosters include +180 paid out if Lamar Jackson gets 1+ Rushing TD and 1+ Passing TD. Previously, this prop had a payout of +140. Also, you can get +115 odds if Lamar Jackson and Sam Darnold combine for 4+ Total Touchdowns. Considering that this was boosted from -115, we see some good value on this Pointsbet Super Booster for TNF.

This promo is good for Thursday Night Football and Sunday Night Football bets at Pointsbet. Make a pre-game moneyline bet on any team that is participating in TNF or SNF, and you’ll get paid out early if your team scores the first Touchdown of the game. The early payout is applied to the first $50 wagered on the selected moneyline.

It’s raining touchdowns! If you bet on either side of the Jets, Giants or Eagles games this weekend, Pointsbet will pay out an extra $6 per touchdown that your selected team scores. So, yes you can even apply this to Lamar Jackson and the Ravens against the Jets. The NFL ‘make it rain’ bonus is paid out win or lose.

‘Why would you bet anywhere else?’ We don’t disagree with PB’s logic on this one when it comes to betting NFL games. They have reduced the juice on ALL OF THEM. Yes, every NFL spread bet at Pointsbet has a payout of -105 or better on every NFL game until further notice.