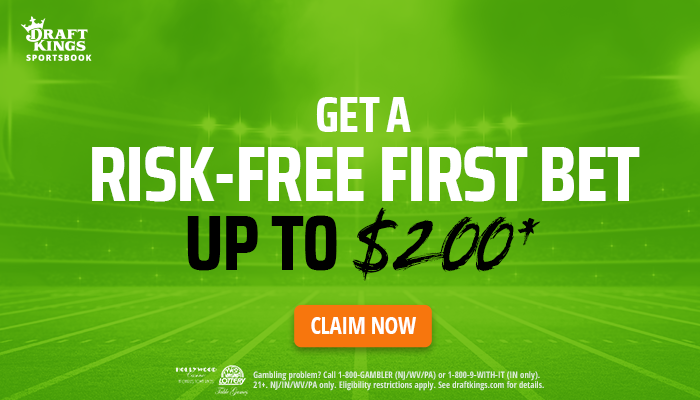 The best weekend of college football betting is about to begin.

Conference Championship weekend is already underway. Our football analyst broke down the best four remaining games to give you his favorite picks in this crucial weekend of College Football action. Here come the bets.

All College Football Lines are from Caesars.

Betting Baylor just feels dirty because of all the horrible scandals, but it’s okay since we are in a judgement free zone. However, before you rush to the window to hammer this inflated line and grab the Sooners, keep in mind that Baylor had a 28-3 lead on Oklahoma a month ago and blew it in spectacular fashion. They also have won four games by less than one score.

Jalen Hurts will probably run wild, but Oklahoma has a famously bad defense and the Sooners are -8 on turnovers over their last eight games. I think you see where I’m going with this. Also keep the over in mind, but don’t go crazy.

All of the sharps are landing on Georgia because Kirby Smart’s defense is supposedly so good and he’ll want to grind the ball on offense with his antiquated run-first style. I’ve been following Georgia closely all season and Kirby Smart is killing that team. The prime example is against Notre Dame. Everyone talks about how Notre Dame kept the game close and had a chance near the end. The fact is that Kirby Smart seemed to let them back into the game on purpose. Georgia should have throttled Notre Dame, but Smart wouldn’t open up the offense and put his foot on their neck. There is a reason why Georgia is only 40th in scoring and 55th in total offense and it’s not because they don’t have great receivers. It’s because Kirby Smart calls a bad game.

Conversely, Ed Orgeron came to his senses and ditched the fullback-heavy smash mouth style, hired smart offensive coaches, got out of the way, and now Joe Burrow is on the verge of winning the Heisman. Look, the old adage that good defense beats good offense is not outdated, it’s just that your good defense needs some help on offense for that adage to be true. Unless Smart suddenly recognizes that he has a pro-caliber talent at QB and opens up the offense I am not seeing Georgia win the game. Conservative play calling straight out of 1983 might fly when you’re playing Missouri or Texas A&M, but against a team that is straight crushing it you have to open up the offense. Maybe Georgia does, but if Kirby Smart has his way they’ll just try and drag the game out.

Bottom line is that the line is inflated because of the thrashing LSU laid on A&M. It feels like this should be closer to -3, but whatever. Catching this many points in a SEC title game is too good to pass up. Be wary of the over, but I wouldn’t blame you if you jumped on it if you think LSU can hang 38 on Georgia.

See if you can get the first half line on Clemson and hammer it. It’s sitting at Clemson -17 and that’s been a solid play most of the year as Dabo likes to put his foot on the gas and doesn’t let up. Since the scare against North Carolina, Clemson has ticked off seven straight wins of 30 or more points. I mean, maybe Virginia can be little more than pebble in the road and cover this ridiculously gigantic number.

I’d really rather not get involved in a spread that high, but I won’t blame you if you go that route. But since we are talking about actual bets people would make then I have to say that if a gun were to my head I’d take Clemson and trust that Dabo sends out a big statement to everyone that they can take their criticisms about Clemson’s strength of schedule and how the ACC is trash and shove them straight up their ass. Clemson gonna roll.

Wisconsin is a really well-coached team. They run the ball well and they play great defense, but the general wisdom says OSU is an unstoppable machine capable of stomping anyone in their path. Well, they are.

For Wisconsin to win they will need to take a lot of gambles, play stifling defense, find a mismatch they can exploit (good luck), and get a couple turnovers. It’s just really hard to find a way to justify it. I don’t think anyone outside the state of Wisconsin or maybe even Madison thinks the Badgers can pull it off, but conference title games can be weird.

Wisconsin would have to basically be the best team in the country inside the red zone to even have a chance since OSU consistently gets inside the 20. Yeah, I cannot in good conscience suggest you play the “sharp” bet here even though a ton of the published pros are suggesting you do so.

Stay tuned to The Props Network for more College Football picks and news.