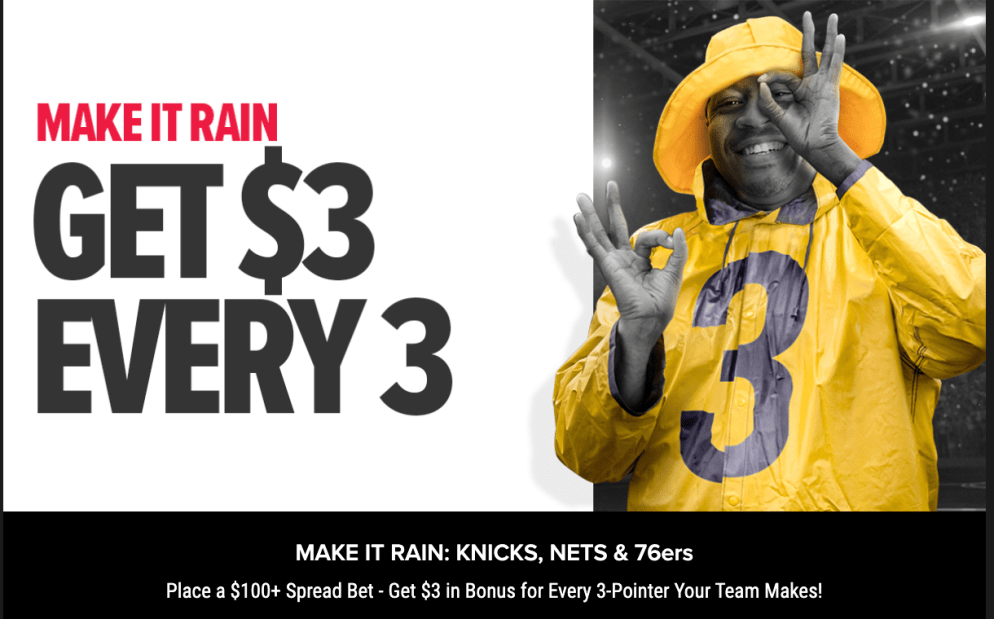 This column makes 76ers betting easy. We shop the top US online sports books to find you the best lines, biggest payouts and most generous bonuses for Sixers games.

The last two games for the 76ers have been a testament to their newfound roster depth.

In their 117-111 road victory over Detroit, Philly was without Joel Embiid, due to a sprained ankle. However, rather than wilt, the Sixers flourished with Al Horford stepping up at center with 23 points, 9 rebounds, and a +9. He was complimented by Tobias Harris pouring in 29 points, and Mike Scott coming off the bench to hit 5 three-pointers and a posting a game-high +11.

Philly then flew to Atlanta, and pulled out a 105-103 victory over the up-and-coming Atlanta Hawks. Embiid showed no rust in returning from a game away to score 36 points (including two 3 -pointers, and 10 free throws without a miss). Embiid added 13 rebounds, while Horford hauled in 9 and blocked four shots. Rookie shooting guard, Matisse Thybulle continued to show defensive tenacity, with 4 steals (one more than Embiid), 3 rebounds, and two blocks.

The Sixers return to Philadelphia to take on the equally unbeaten Minnesota Timberwolves. The two big dogs for ‘Sota’s squad just had big games in a 116-109 home-opener victory over the Miami Heat, attaining a 3-0 record that ties this year’s team for the second-best start in franchise history. Karl-Anthony Towns had 23 points and 11 rebounds, while Andrew Wiggins had 25 points and 6 rebounds. Both players hit a team-high four three-pointers a piece. Crucially, Jeff Teague hit 10-of-11 free throws to finish with 21 points and 8 assists. The game was closer than it should have been, with Miami missing Jimmy Butler, who was still out on paternity leave. Speaking of Butler, this will be the first time former-Sixer Robert Covington faces Philadelphia since he was traded for Mr. Jimmy last season.

While all eyes will be on the Embiid-Towns matchup, it’s going to be Philadelphia’s other starters who are worth watching in this matchup of unbeaten teams. The 2019-20 Wolves’ one-two punch of Towns/Wiggins has the double-edged feel of Philly’s Embiid/Simmons-dominated offense of past seasons – while the Sixers have evolved beyond just Joel and Ben, to suit up a variety of scoring/defensive threats up and down their bench.

Plus, PointsBet is still offering the ‘Make It Rain’ promo on all Knicks, Nets and 76ers games. So, you can add an extra $3 to your payout, per 3-point shot made by the team you take (on spread bets over $100).

For a bigger risk/reward play, i’m going to the Doubles Market at UniBet’s new US site. There, i’ll be taking a +270 wager that the Sixers win by 6.5 points, while both teams combine for UNDER 224.5. Also, if you’re new to UniBet you can still claim a free $20 in bets, with zero deposit required. Yes, that’s a free $20 just for signing up.

With Philly’s defense clamping down on opponents best players this season, I’m betting Karl-Anthony Towns finishes in the low 20s in scoring for the second straight game. So, I’ll take a +215 bet that the Sixers win by 6.5 points, while keeping big KAT UNDER 26.5 points. This unique double play is only available at Pointsbet.

Stay tuned to The Props Network for 76ers betting news all season long.