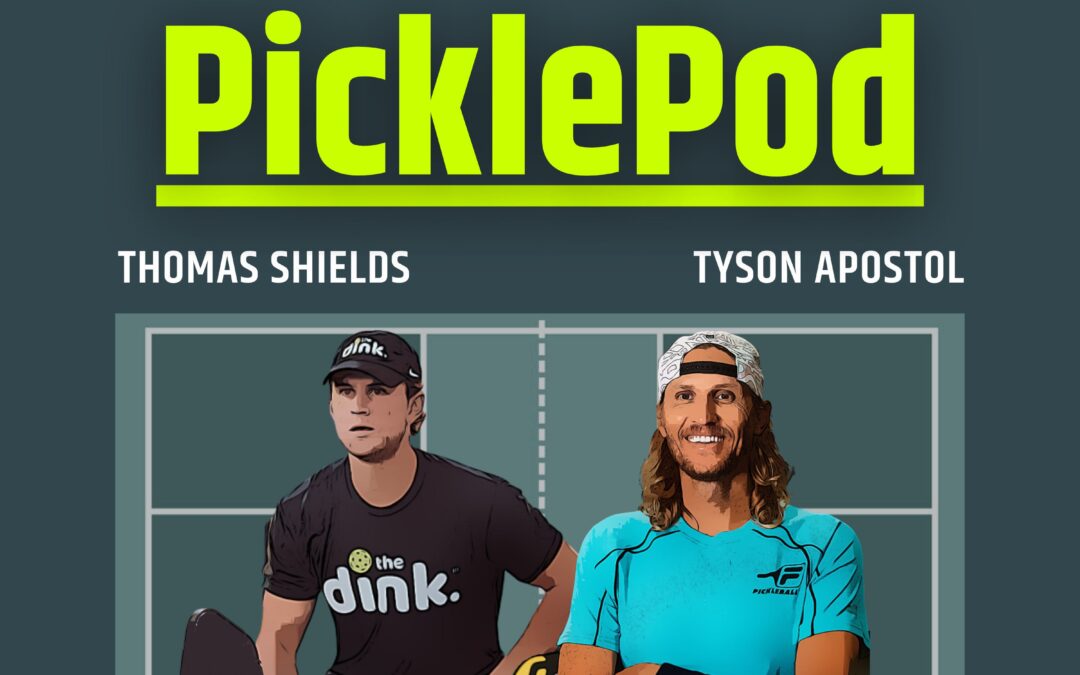 In the first episode without a guest, Tyson and Thomas give a rundown on all the latest from around the world of pickleball. From recapping the PPA Texas Open to talking about Joe Rogan’s comments on the sport, the dudes cover it all. Did you know there’s a pickleball rapper? Are you aware that Ben and Collin Johns were playing pickleball on a random street in the middle of Manhattan? Tune in for the top news in the fastest growing sport in the US.

3:44 – Thomas talks about his experience at the Major League Pickleball Draft and tells some behind-the-scenes stories

16:08 Thomas breaks down his broadcast booth debut at the PPA Texas Open and Tyson pitches the MLP on commentating when the MLP launches in November

19:37 Tyson can’t get enough of the pickleball rapper who performed at the Texas Open and discuss corporate rap and a potential intro song

25:41 The guys breakdown the crazy results from the PPA Texas Open and talk about what tournaments are coming up

42:11 Thomas talks about The Johns Bros’ appearance on LIVE with Kelly & Ryan and Joe Rogan’s recent pickleball segment on the Joe Rogan Experience podcast and what pickleball’s future looks like