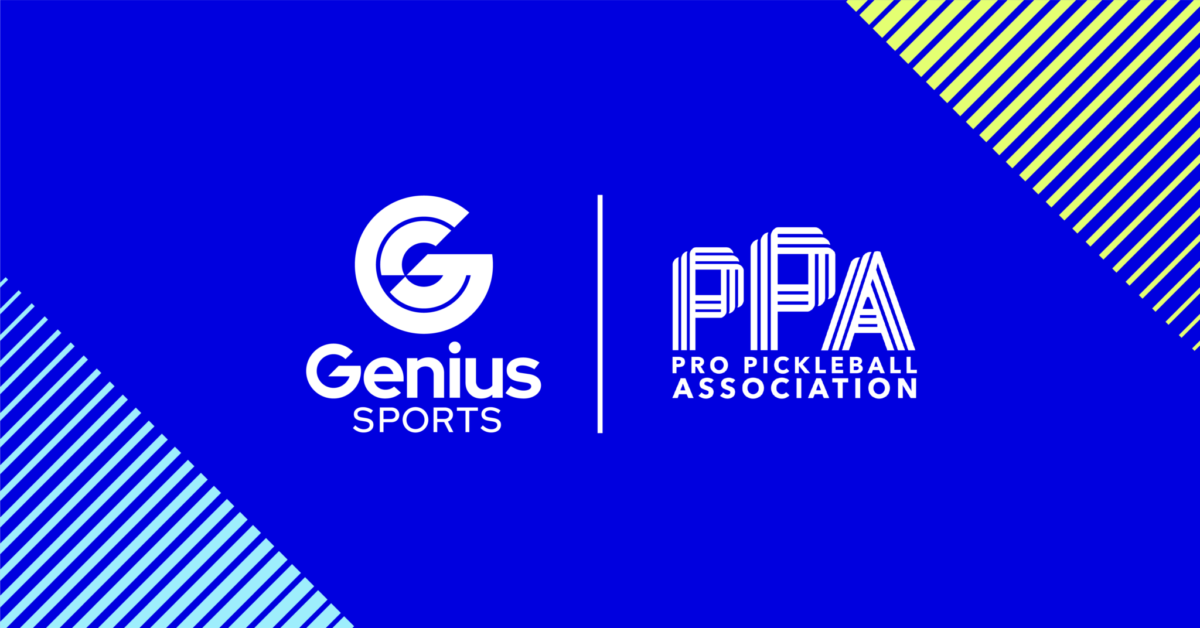 TLDR; Pickleball will be offered as a regulated sports betting market for the very first time. This is history folks! Someone please update the Pickleball Wikipedia page.

The Professional Pickleball Association (PPA), the professional tour for the sport of pickleball for men and women, has announced a long-term partnership with Genius Sports, the official data, technology, and commercial partner that powers the ecosystem connecting sports, betting and media, to drive the global growth of the sport.

This partnership will set the stage for regulated sports betting on PPA events for the first time. Genius Sports has been granted the exclusive rights to capture and distribute live data and video broadcasts from over 1,200 PPA matches per year with its global network of over 150 sportsbook partners.

Each PPA event will feature eight courts of live streaming action per day, offering unprecedented broadcast coverage of pickleball. GeniusLive, the award-winning live streaming solution from Genius Sports, will be deployed over the course of the partnership to broadcast this rapidly growing sport with new audiences worldwide.

Don’t call this “just a Gambling Deal”. While the announcement highlights the basics of an exclusive “data” and “broadcast” rights partnership, rest assured, Genius Sports will be unleashing their massive resources to proliferate the sport of pickleball. Genius Sports mission statement says it all, “Powering The World Of Sports with innovative technology that unlocks the value of data across the entire sports ecosystem”. Expect to see new fan engagement tools, strategic partnerships, and the latest sports tech being made available to the PPA. Additionally, streaming live on potentially hundreds of sportsbooks simultaneously across the world has the potential to be a rocket ship for the sport. This partnership will be an important catalyst for bringing Pickleball to the “Big-Time”.

For more than 20 years, Genius Sports has established an incredible track record of driving the growth of sports at every level, providing data-driven technology that connects them with fans around the world. Our long-term partnership with the PPA will combine our leading capabilities across live streaming, production, and regulated betting to accelerate their growth and expand their global reach.

The PPA Tour, An Unstoppable Force

It must be said, the PPA is no backyard startup federation. The league has experienced rapid growth the last few years, hosting monthly tournaments across the United States (+ Canada) with big time prize money. In addition, the PPA has no problem packing the seats with fans, onboarding big name sponsors (like FILA Pickleball) and continuously locking in the best pro “picklers” in the sport. In mid 2020 the league secured a broadcast relationship with ESPN for select events and has network deals with several regional sports networks.

It is an honor to be partnering with Genius Sports in this historic production for Pickleball. The PPA Tour and Genius Sports are the two leaders in their respective industries, so it is only fitting for the organizations to join forces. The production will be innovative, and it is also exciting for the sports world to have a new professional league in front of an international audience.

Having personally attended my first PPA event this year, the on-premise experience and fan-fare at the events rivals your favorite big name Pro Tennis series. The league announced their official schedule for the 2022 season which will now double the tournaments compared to 2021.

This is a significant development for the global development of pickleball and the PPA Tour. With this agreement with Genius Sports, pickleball and PPA Tour events will be viewed by more people than ever before. This will further fuel the massive global growth of pickleball, not only from a participation standpoint but, more importantly, by establishing pickleball as a bona fide and exciting spectator sport.

As stated in the release, Pickleball has never been offered as a regulated sports betting market. A lot goes on behind the scenes in bringing a live sport to betting markets. Historic data will need to be crunched, traders will need to learn the sport, algorithms must be generated, operators will need to be sold on the new markets, and then comes the technical integrations and integrity protocols. In all likelihood, we will not see the first legal pickleball wager until Q3/Q4 2021.

Now allow me to blow your mind with a very bold prediction. Over the next decade, Pickleball becomes a top 6 betting market in America. The macro and micro trends that point to this outcome IMO are undeniable. Here are a few below which I look forward to expanding on in a future blog.

Thank You and be sure to Follow The Props Network, the PPA Tour, and Me on Twitter!