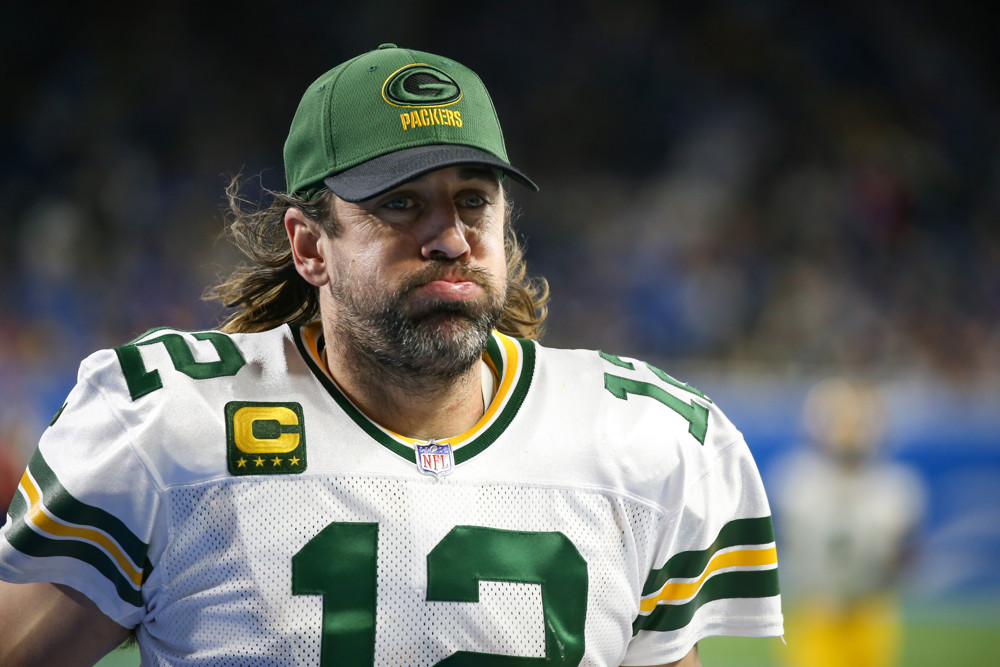 We’ve got a Saturday night matchup between two of the best teams in the NFC. The San Francisco 49ers head to Lambeau Field to face off against Green Bay.

After a controversial win over the Cowboys, the 49ers will need to do a lot more this time around. Hopefully, the cold won’t affect the 49ers too much, mainly because it’ll be 13-degrees in Lambeau on Saturday.

The Green Bay Packers have completed their round one bye week and now await the 49ers. With a super-charged offense led by Aaron Rodgers, we aren’t shocked they come in as heavy favorites. However, we’ve seen the 49ers pull off some impressive wins.

Could the Packers be shocked by the 49ers on Saturday night? Or will Aaron Rodgers move onto the NFC title game?

Green Bay Packers: Is the weight all on Aaron Rodgers?

The Packers are in an interesting position as they head into this game. On one hand, they’re the clear favorites to win. On the other, the 49ers are a bad matchup for them.

We say this because the 49ers know how to control the pace of the game. They also can strike quickly, which could get the Packers on their heels.

However, there is something that’ll help.

The Green Bay Packers have a strong defense that doesn’t allow many yards through the air. In fact, they rank ninth in the NFL in passing yards allowed per game (219.06). They also have one of the best quarterbacks in NFL history, who averages 253.82 yards per game.

With Rodgers at the helm, the Packers’ offense is lethal. Perhaps one of the best at scoring quickly and often.

San Francisco 49ers: Cold-climate aside, the 49ers are in trouble

Even if the weather was bright and sunny, the 49ers would be in danger.

Green Bay didn’t lose a single home game through the regular season. For the 49ers to avoid getting booted from the playoffs, they have to pull off a win as massive underdogs.

Getting creative might be their only way to do this. We’d suggest they continue to use wide receiver Deebo Samuel in a multitude of ways.

They can get the defense behind the sticks by hitting Green Bay with different looks. Establishing a running game in the cold weather is also paramount.

Fortunately, the 49ers have the seventh-best rushing offense in the NFL, averaging 129.72 yards per game. Having a mix of passing and rushing will be the 49ers’ key to victory over the Green Bay Packers.

The San Francisco 49ers come in at +6 in this game, making them pretty heavy underdogs. The Moneyline is set at San Francisco +210 and Green Bay -250. The current total is 47.5, which we think is relatively high considering the weather.

However, the Bills were able to put up a ton of points in the cold too, so keep that in mind.

Over their last ten games, the 49ers have the edge over the Packers, going 6-4. However, the Packers have been incredible against the spread with a 12-5 record this year. Remember, the Packers didn’t lose a single game at home all season.

The Green Bay Packers are a much more secure bet between these two teams. They have an incredible record at home and against the spread. Even with the spread being a little larger than we would like, the best bet is the Packers. The combination of offensive and defensive prowess will overwhelm the 49ers.

We also have to remember that Garoppolo doesn’t do well under pressure. Green Bay will inevitably find a way to get Garoppolo on his heels early on. If the Packers get a sizable lead, we don’t see the 49ers making a comeback.

The 49ers’ luck ran out against the Cowboys. Take the Green Bay Packers here.