NFL Picks For Every Week 7 Game | The Props Network 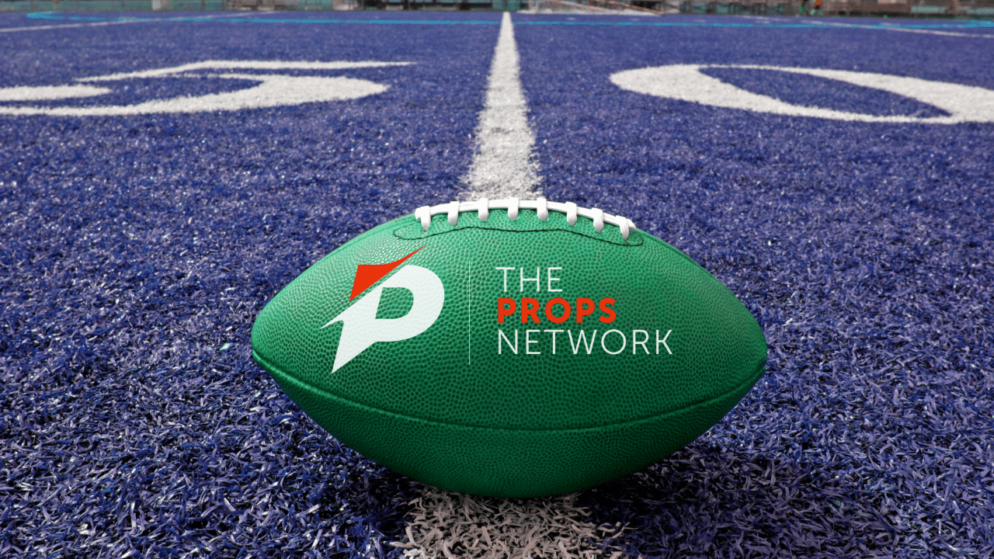 ATS picks, totals, teasers and more betting plays for every game on the week 7 slate

I had a pretty good week 6 as a whole, but I had an excellent week 6 from 1:00pm to 4:00pm. I went 7-2 in the early games, and then 2-3 in the rest of the games. For some reason I’m complete trash at picking primetime games. Maybe teams get more amped when they know there’s millions of eyes on them and they play differently. Who knows, but it’s an interesting trend that I’ve noticed about myself that I otherwise wouldn’t have known if I wasn’t picking every single game this season.

The battle of the NFC East rages on in primetime! I can’t wait for week 16 when ESPN puts up their playoff graphic the 3-11 Giants are “in the hunt”. Both of these teams are awful, on both sides of the football. Their defenses are bad and their offenses are worse. So I’m going to try to capitalize on what should be an ugly game by taking the under.

Both teams are missing a lot of talent on offense. The Giants average 16.8 points per game, and that’s after dropping 34 on the Cowboys a couple weeks ago! The Eagles offense has picked up recently, but how many points have they scored in garbage time over the past few weeks? I don’t think there will be garbage time this week, and I think this game could end in the neighborhood of 24-20.

You absolutely can not bet on the Jets and feel good about yourself. This team is one of the most hapless teams I’ve ever watched in my life, and they have the worst coach in professional sports. The Bills line is set at -13 (Edit: Sunday morning it’s shifted to 11.5), and a road team laying that many points just scares me a little bit.

So it’s teaser time! The Jets just got shut out, and they’re averaging 12.5 points per game. The Bills defense isn’t good by any stretch of the imagination, but if the Jets score more than 17 points it’ll be a downright miracle. I think the Bills can win by a touchdown and I don’t think they’ll have to throw the ball very much in the second half, so give me that modified under.

Sure, the Cowboys didn’t look great in their first outing with Andy Dalton at the helm, but I don’t think the offense will be that much worse without Dak. That game against the Cardinals was flukey. Zeke fumbled twice, one of Dalton’s interceptions was on a clear pass interference, and the Cowboys were out of the game by halftime.

Washington still has questions at Quarterback. I don’t think Kyle Allen is the answer, and they just lost to a Giants team that are arguably in the bottom 3 NFL teams. If the Cowboys limit their turnovers, this could be a blowout, and I love the Cowboys in this game. Another week for Dalton to get acclimated with the playbook and the receivers, and hopefully a prove-it game for Zeke to show that he is indeed capable of holding on to the football.

The Packers looked like absolute trash against the Bucs last week, but never fear! We all knew this team wasn’t going to go 16-0, losing to the Bucs in that spot makes sense. Aaron Rodgers had one of the worst games of his career, and now that’s out of his system. This is still one of the most dominant offenses in the NFL, and the Texans defense is allowing over 30 points per game.

The Packers are 10-0 ATS in their last 10 games following an ATS loss. Last year, after having a similar loss to the 49ers, they came back the next week and won by 18 points. This team will bounce back, and against a Texans team that has improved since Bill O’Brien got fired, but still isn’t great, I love getting them at -3.

I’m tired of betting on the Rams and losing and I’m tired of betting against the Bears and losing. Even though I’m not yet willing to admit that the Bears are a good team, I think they’re good enough that they’ll give the Rams trouble. Listen, the Rams are 4-2, but all 4 of their wins have come against the NFC East. Those don’t count. The Rams haven’t won a meaningful game yet this season, and whenever they’re put up against a half decent team, they crumble.

I hope I’m wrong about this pick. I’d love nothing more than the Rams to win convincingly and show that they might actually be the real deal, but they’ve done nothing to prove that yet, so I’m taking the points with the annoying team that plays close games.

Now for some rapid fire picks:

If I get decent odds on a team to win the second half against the Lions, I’m taking it. The Lions man to man defense leaves them winded in the second half, and they give up over 15 points per second half this season. This Falcons passing attack should be able to take advantage and move the ball, especially in a close game.

The Panthers might actually be a good team. I don’t know if they’re good enough to beat the Saints, but they hang tight in all of their games. 8 points is too many to lay, and I think the Panthers can cover.

The Browns lose one ugly game and now we’re only making them 3 point favorites over the 1 win Bengals? The Browns don’t have to travel too far for this game, and I’ll take the good team to bounce back over the mediocre team.

This line shifted dramatically between Tuesday and Wednesday. I originally had the Steelers -1, but was able to grab the Steelers +2 for the same price 24 hours later. The Titans are a great team, but losing Taylor Lewan will open up opportunities for this Steelers pass rush to wreak havoc.

I’m not sold on this Cardinals team just because they blew out the mistake riddled Cowboys in primetime. The Cardinals have kind of become this darling team that people are cheering for, but I can’t go against the Seahawks here with a spread as low as -3.

I originally had the Chiefs to cover 9 here, but with the weather updates coming out of Denver, I don’t know how much Kansas City’s speed will be an impact in this game. There’s supposed to be up to 10 inches of snow in Denver on Sunday, and with weather like that, I’ll tease down the Chiefs spread and tease up the Under. (Edit: On Sunday afternoon the snow isn’t as bad as I thought it could be, so made a last minute switch to the Over)

It’s time to come to terms with the fact that the Jaguars week 1 win against the Colts was a total fluke. This is not a good team, and they’re not healthy either. The Chargers are coming off a bye and have been playing good offensive football as of late. If their defense can step up against this lackluster Jaguars team, the Chargers should be able to win by a touchdown.

The 49ers looked dominant in week 6 and the Patriots looked terrible in week 6. This is the perfect formula for a Patriots bounceback and a 49ers letdown. Now that the Pats are past the distractions of COVID shutdowns, I expect them to return to form against a 49ers team that beat up on the fraudulent Rams.

Hopefully this game happens, after a COVID scare for the Raiders on Wednesday. The Bucs defense is legit and their offense is doing enough to win games. I got this line at a discounted price on Tuesday, it’s already bounced up to 3.5 on Wednesday.

There you have it, folks. A perfect week is only a few days away. If you want to tell me how wrong I am about these picks, hit me up on twitter @steveclark217. Come now, friends! Perfection awaits!