NFL Picks For Every Week 5 Game 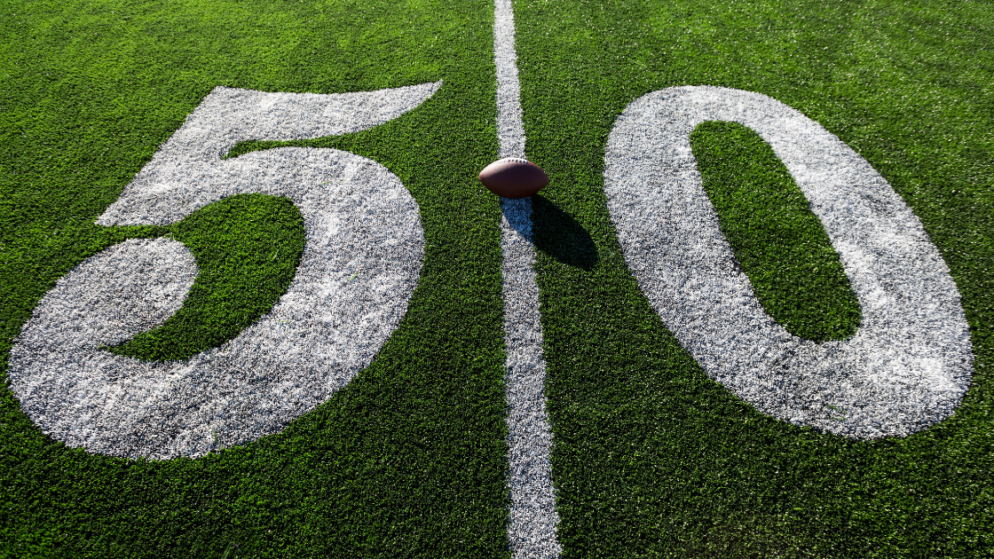 We’re heading into week 5, and I have a feeling that the NFL is just going to get weird from here on out. We witnessed our first postponed game in week 4, and there’s no guarantee the Titans will be able to play in week 5 either. On top of that, the NFL decided to let the Patriots play 1 day after their original game date even though the starting quarterback tested positive for COVID just 2 days prior. The NFL either doesn’t care about teams playing with COVID, or they fundamentally don’t understand what an incubation period is.

Nevertheless, the season goes on. I had a decent week 4, going 8-7 and bringing my season long record to 34-27-2. I sit at around a 56% win percentage, which is right around where you want to be as a gambler, but for the purposes of this blog, it’s not nearly good enough!

Everyone who praises Tom Brady for his game against the Chargers in week 4 also needs to acknowledge that he looked like hot garbage in the first half. He was staring his receivers down, telegraphing his throws, and what do you know, the old hunk threw another pick six! But then in the second half we saw the Tom Brady we expect to see, and hopefully that’s the Tom Brady we see against the Bears on Thursday.

Nick Foles vs. Tom Brady in a primetime game? What is this, the Super Bowl? The Bears are terrible and I feel incredibly validated by their loss against the Colts. The Bucs are dealing with more injuries on offense, but I don’t think the Bears are going to get much going against this Bucs defense, so give me the Bucs to cover!

Hopefully this game actually happens, because it would be fantastic to have Tuesday night football! This is an unprecedented game, so anyone who tells you they know for sure how to bet it is lying. In any other circumstance, I would lay off this game and just enjoy Tuesday football, but for the sake of the blog, give me the Titans +3.

The Titans are well rested. Who knows what players will be eligible to play, but at the end of the day if they just give the ball to Derrick Henry 35 times their offense probably won’t be terrible. That being said, the Bills have been hot and haven’t had to close down their facility for the past two weeks, so the team with more continuity might be the better play here. The Bills defense is really bad though, so I’ll take the underdog so I can have the points.

Arizona has issues, as we’ve seen the last couple of weeks. Kyler Murray hasn’t been this dominant second year breakout a lot of people were expecting, and the Panthers figured out that if you shut down DeAndre Hopkins, the Cardinals offense stalls. They certainly aren’t as good as the public thought they were after starting 2-0. That being said, you can’t take the Jets. You just can’t do it. How on earth could you bring yourself to bet on this Jets team? I bought half a point to get the Cardinals to -6, and I think they cover that number against the worst team in the NFL.

The Panthers are 2-0 without Christian McCaffrey! Who knew losing their best offensive weapon would be all it took to get this team on track? In all seriousness though, this Panthers team has looked pretty decent in their two wins. Matt Rhule might just be a good coach.

The Falcons defense is among the worst in the NFL in every statistical category. This is obviously inflated by the fact that they’ve played against the three best offenses in the NFL so far, but they also gave up 30 points to the Bears. The Bears! I think the Panthers will keep this game close and I don’t see either defense doing a whole lot to stop the other team. The tease gives me a little bit more wiggle room on two plays that I feel good about. Also, I’m 4-1 on teasers so far this year, so ride this tease train with me straight to the moon!

In the Ravens three wins this year, they’ve led at halftime by 18, 10, and 11 points. They’re a fast starting team that tends to take their foot off the gas in the second half, as we saw against the Washington Football Team last week. I thought about buying this spread down to Ravens -11.5, but even that feels like too many points against a Bengals team that will be scrappy until the bitter end. I think the Ravens get to a quick lead, and if I take the first half spread, I don’t have to sweat out the backdoor cover.

Bill O’Brien is finally gone from Houston! Congratulations Texans fans! Since 2003, 25 coaches have been fired midseason. In the week after the firing, those teams have gone 10-15 straight up and 13-12 ATS. That’s all good and dandy, but this is a crazy situation where the Texans are 6.5 point favorites after firing their head coach. I don’t think a ton of teams are touchdown favorites after relieving their head coach of their duties.

I hate this game. I can’t get a good read on either of these teams, and with the added element of the Texans playing with no Bill O’Brien, I just feel like I’m completely guessing here. But I made a solemn vow to bet on every single NFL game this season, so here it goes. Lets tease this ugly monster! Give me the Jaguars +12.5 and since betting unders is no fun at all, lets go over 47.5

The Raiders need to stop fumbling the ball. They have four fumbles this season in the fourth quarter alone! They have to be mad after that loss to the Bills, and all they need to do is keep this game against the Chiefs within two scores.

I’m nervous about this pick. The Raiders have a ton of injuries and the Chiefs are the Chiefs. But I don’t feel comfortable laying 14 points with the Chiefs in a divisional matchup against a team that I don’t think is that bad!

Back on the teaser wagon! The Rams looked absolutely horrific against the Giants, but that kind of thing happens in the NFL. I don’t know if the Giants defense just showed up to play or if the Rams weren’t taking the game seriously, but I expect the Rams to bounce back this week against a Washington team that has looked mediocre all season long.

My only concern about this game is the sheer amount of traveling the Rams have done already this season. This will be their 3rd east coast game in four weeks, and that sort of thing has to take a toll on a team. Teasing this down to Rams -1 and over 39.5 makes me feel more comfortable after watching the Rams barely pull out that victory last week.

Okay, I’ll admit. I’m going teaser crazy this week. I promise this is the last one. The 49ers are getting Jimmy G back (if it turns out they don’t, take the Dolphins +8.5), and I think this offense will click with him at the helm. The Dolphins are too scrappy of a team for me to take them as more than a touchdown dog, so I stacked the teaser with Over 43, mostly because of how bad the Dolphins defense has been.

The poor Eagles weren’t expecting to play against a Steelers team coming off their bye, but they can thank the Titans for that. The Eagles played against possibly the only other team in the NFL with more injuries than they have and escaped with a win in week 4 against the 49ers.

This Steelers defense is for real. They’re giving up less than 20 points per game this season. They have an extra week to prepare for Carson Wentz and I expect them to put the clamp down on him this week, especially with his lack of healthy receiving threats.

The Colts have the best defense in the NFL. Sure, they haven’t really played anyone yet, but it’s hard to find holes in this defense. All Philip Rivers needs to do is become a game manager, and this Colts team has the makings of a boring playoff team.

The Browns just exploded for 49 points, but that was against the Cowboys, who have the worst defense in the NFL. I’m excited that the Browns finally have a coach who understands how to run this offense, but I’m very interested to see how they do against this Colts defense. The Colts offense hasn’t been great, but the Browns defense has been horrendous. Not having Nick Chubb is going to hurt the Browns, and I think the Colts win a close one.

Is there a team in the NFL that is more painful to watch than the New York Giants? I watched them play against my Rams on Sunday and it made me actually hate football for 3 hours. They’re such an annoying team that doesn’t do anything well, but somehow they stay in games (other than their week 3 debacle).

I’m 4-0 betting on the Seahawks and this line doesn’t give me any reason to stop now! Sure, the Seahawks defense is giving up the most yards per game to opposing teams, but their offense scores over 35 points per game! The Vikings have kept their games close, I’ll give them that, but in a game that will likely turn into a shootout, I’ll take the Seahawks laying the points.

Broncos at Patriots: Not Available

Check back when the NFL has confirmed this game and sportsbooks have released lines.

The Saints are 2-2 but that’s not much of a surprise. Saints tend to start slow, holding a 25-26 record in September since 2006 when Drew Brees and Sean Payton arrived. Now we’re in October, and the Saints showed what they can do against the Lions on Sunday. Since 2016, the Saints are 38-13 in October, and 22-4 at home. They likely will get Michael Thomas back this week and the offense should be firing on all cylinders.

What better week than week 5 to be perfect? Let me know if you hate any of my picks by reaching out on Twitter @steveclark217. Enjoy the football!