NFL Picks For Every Game – Week 8 | The Props Network 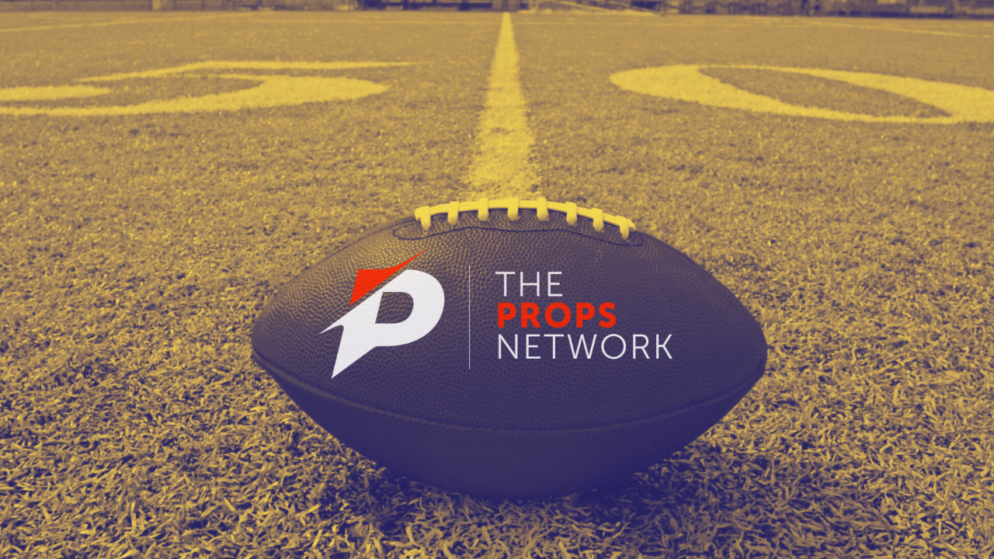 Cody Parkey not hitting the extra point against the Bengals and making me push instead of going 9-5? That’s classic Parkey. You double-doink-ass baby. You’d think after you cost the Bears a playoff win you would learn how to kick a football. Browns, here is my audition tape.

Now that I have that out of my system, let’s focus on the positive. I had a pretty good week. Any week where you win over 50% is solid, but hitting over 60% is fantastic. Over the past two weeks I’m 17-10-1, hitting at around 63%. But this blog isn’t about being plus money, it’s about the quest for the perfect betting week.

The Falcons continue to find new ways to lose. Sunday brought us one of the greatest sports images of all time, with Todd Gurley in a ball in the endzone and Lions players holding up their arms, celebrating his touchdown. And let’s be real, this isn’t all on Todd. The Falcons defense just had to keep the Lions out of the endzone with like a minute left on the clock. It’s the Falcons though, so of course it didn’t happen.

This bet is simple for me. The Panthers are good and the Falcons are a tremendous dumpster fire that can’t do anything right. Sure, the Falcons may lead this game by 14 points going into the 4th quarter, but I won’t be afraid of missing this pick until the final whistle blows.

This is a fun matchup. An undefeated Steelers team vs. a dynamic Ravens team. I don’t even think the Steelers are particularly that great of a team, but I do think they have all the elements to cover against the Ravens.

As we all know, the Ravens are a running team. When Lamar has to throw the ball, it’s really not that impressive. Baltimore averages 164 yards per game on the ground, leading the NFL. The Steelers on the other hand, are dominant against the run. They only allow 68 yards per game on the ground, and give up a meager 3.4 yards per attempt. If the Ravens are going to keep up with this Steelers offense, they’re going to have to pass the ball, and I don’t know that Lamar can do that effectively.

I was expecting the line in this game to be closer to 5, but getting the Colts at -3 with no juice is a no brainer for me. The public might be on the Lions a little more because they’ve won two in a row and they seem to have their offense clicking, but let’s take a step back.

The Lions two recent wins have been against the Jaguars and the Falcons. Other than the Jets, these may just be the two worst teams in the NFL. The Lions needed a hilarious Todd Gurley touchdown and a defensive meltdown to win last week, and I don’t think you’ll be seeing this Colts defense meltdown in this game. Indianapolis is still dominant on defense, and although Philip Rivers is very bad, the Colts should cover 3 points fairly easily.

I hate this game. The Chiefs are -19, which makes a ton of sense considering who they’re playing against, but I just can’t bet on a team to cover nearly 3 touchdowns. That backdoor is open so wide, it fell off its hinges.

The Jets lose by an average of 17 points per game, and they’re averaging 12 points per game on offense. They’re awful. I feel quite a bit more comfortable teasing the Chiefs down and betting the under, though I am concerned that the Chiefs might just put up 45 on their own and the Jets score their standard 10 points to go over. I’ll also be checking the weather as we get closer and praying for rain or snow.

I can’t believe I went against my morals and bet on the Bears last week. For some reason I convinced myself they were a decent team, even though I’ve always known in my heart of hearts that they are dreadful. They’ve gone under in 5 of their 7 games this year, and thanks to the Saints success on the over, this total is pushed a little higher than it probably should be.

With Michael Thomas still seemingly out, and with how bad and boring this Bears offense is, I’ll take the under on this cold, nasty game in Chicago.

NFL Picks – the rest of the slate

The Patriots might be bad. You can never count out a team led by Bill Belichick, especially in a division matchup that might get weird, but I don’t feel uncomfortable taking 3 points with the Bills here.

I don’t usually like to tease the favorite to + points, but I can’t resist with this game. The Bengals are either going to get blown out or keep the game weirdly close, and I feel confident that a ton of points will go on the board.

The Browns secondary is in absolute shambles and the Raiders just gave up 45 points to the Bucs. I’ll keep an eye on the weather for this game, but if the sun is out I’ll take the over.

Edit: I’m looking at the weather on Saturday night and it looks like there’s going to be 25 mile per hour winds and rain. I’m having to pay a bit of a higher price for the under, but I don’t trust an over hitting in crazy weather.

This is already the second time these teams have met, and in week 1 the Packers won by 9 on the road. I thought the Vikings were getting something going when they almost beat the Titans and Seahawks, but getting blown out by the Falcons makes me unable to trust you.

The Chargers are way better than their record indicates, and Herbert is a full blown stud. The Broncos beat the Patriots a couple of weeks ago, but that might be more due to the Pats than them being any good. I don’t have a good beat on who will cover, but the Chargers offense has been electric and I’ll take the over.

I bought the 49ers a point and a half to get them to +5, and I think they keep this game close. The Seahawks are a bizarro team. Their games are weird, and even though they started the season covering their spreads, they’ve failed to cover in both of their last 2 games. The 9ers are weirdly hot right now despite half their team being injured, and nothing would make the NFC West stranger than having all 4 teams tied for first place, so give me the 49ers with the points.

The Cowboys don’t have a starting Quarterback and they look absolutely awful, and the Eagles are finally starting to get some of their guys back. I think the Eagles could blow this game out, but I didn’t feel comfortable taking them at over a touchdown in a division game.

Buccaneers at Giants: Buccaneers -4 and Over 40 (-110) [Draftkings Sportsbook]

As a general rule, I don’t like laying double digit points with a road team, so I’m teasing this one down to -4. Over 40 scares me a bit. The Giants offense is straight up bad and the Bucs defense has been doing a great job. On the other hand, this Bucs team scores 32 points per game, and the Giants have a knack for keeping games close enough that hopefully they do their part for the over.

There you have it ladies and germs. I’m coming off two pretty hot weeks, so you might want to fade me this week. NOT! (anybody else watch the new Borat movie?). It’s week 8! Turn 8 sideways and you get the infinity sign. What does that mean? Parlay all these games, get them all right, and get an infinite amount of money! It’s perfect week time! Hit me up on twitter @steveclark217 and enjoy the football!