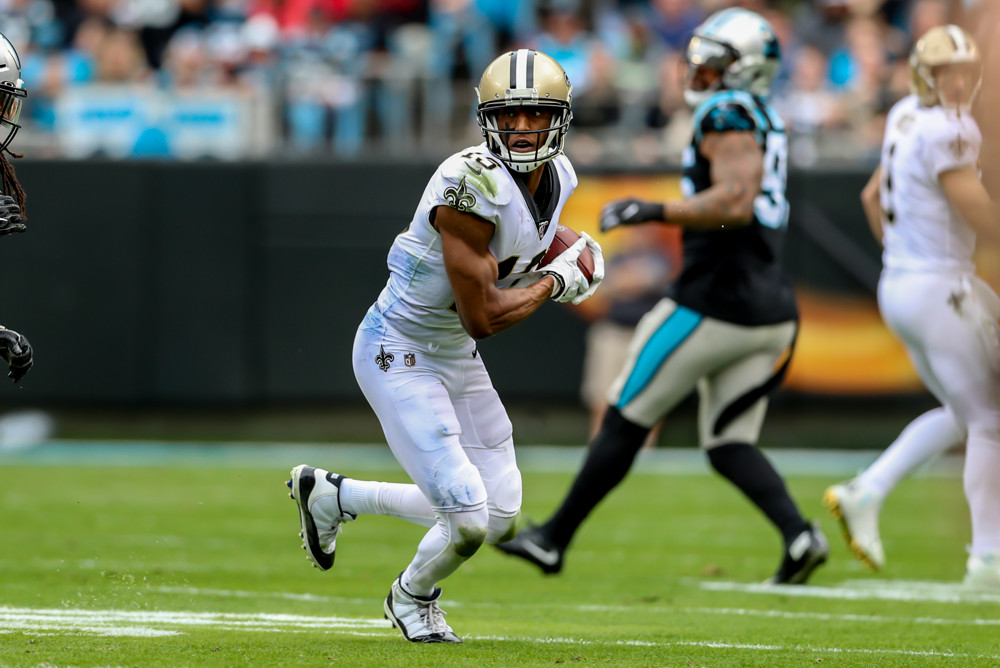 Get your NFL bets set with picks for the whole slate

Betting on football isn’t always a walk in the park. I had a losing week last week and that’s actually a good thing. Think about it like this: My numbers at the end of the year will probably be around 50% (hopefully higher), so having an occasional bad week means that other weeks are going to be better to balance it out. Right? So I should honestly be begging for an 0-14 week this week so that I can be perfect in week 10.

Okay, I’m not sure how statistics or probabilities work. Forget everything I just said and lets go for the perfect week RIGHT NOW. This is the week I don’t get a single game wrong!

Okay, fair warning for this pick: I’m 1-7 when picking 49ers games and only 4-4 when picking Thursday Night Football. I absolutely can not get a grip on if this team is good or bad, but this week I’m due for a big win! (note to readers: being due is not a thing you should rely on when betting games.)

Jimmy G and Kittle are both out for the foreseeable future, and a team that has been ravaged by injury all year just gets more snakebitten. The Packers are coming off an ugly loss, which might make this line closer than where it should be. Sure, all the Packers running backs have COVID, but at this point I think you could stick anyone in that backfield and they’ll produce. I’m taking the Packers laying the points on the road, and I hope I can turn this train around and start getting some 49ers games right!

I’m only kind of serious when I say this, but Lamar Jackson is not a good quarterback. Look, he’s electric, he’s a constant big play threat, but when it comes to throwing the ball, he’s just not that good. He’s bottom 10 in yards per attempt and he’s only completing 60% of his passes.

All that being said, the Colts are a fraudulent team. Everyone is saying they’re the best defense in the NFL. Who have they played?! I agree that their defense has looked dominant, but they haven’t played anyone! Because they held the Jets to 7 points and the Bears and Vikings to 11 points we’re going to say they’re a dominant defense? I’m not buying it. This is the week we’ll see what the Colts defense is made of, and with a Ravens team that just came off a frustrating loss, I don’t think the Colts will be able to contain them.

The Titans are desperate to get back on track, and the Bears are just the team to help them. This game is easily the game I have the least interest in watching. Bears games just straight up are not fun. They somehow stay close in every game but they never look like a good football team.

The Titans bolstered their secondary with Desmond King this week, and even though Tennessee has virtually no pass rush, I don’t think Nick Foles is that dangerous of a quarterback even with time in the pocket. Chicago gets praised for having a good defense, but they’re giving up over 120 yards per game, and the Titans have the best running back in the NFL. I’m taking the Titans because I don’t feel sick doing so, and every time I take the Bears I want to hurl.

Justin Herbert is a beast. He’s so incredibly fun to watch and I love that the Chargers, a team with 30 fans, has already found their signal caller after letting Philip Rivers go. Despite Herbert’s best efforts, this Chargers team has only won 2 games. How do you only win 2 games with a rookie QB having a historic season?!

I can’t trust the Chargers spread here, even though they’re the fun team to bet, so I’ll take the over. Both of these teams have had success on offense; each averaging over 26 points per game. They’ve also both struggled on defense; each giving up over 26 points per game. If the weather is nice in LA and nobody gets sick in the next few days, I love the over in this game.

My God the Cowboys are bad. They’ve scored 22 points in their last 3 games combined. Back in the good old days when Dak was playing, they scored 24 points in the 4th quarter alone in their game against the Browns. This team is completely hopeless, and the Steelers should be able to handle this team with ease.

Those of you who are faithful readers know what I’m about to say next. The spread is still too big for a team on the road. I can’t take a road team to cover by 2 touchdowns, even if it is against the hapless Cowboys. I teased the Steelers to -7, and against my better judgement I’m taking the over. The hope is that the Steelers put up most of these points on their own, and maybe the Cowboys can contribute 6 points to the total.

NFL Picks: The Rest of the Week 9 Slate

Broncos at Falcons: Broncos +6 (-133) [BetMGM]: This pick honestly just comes down to not trusting the Falcons. I can’t do it. I think the only time I’ll be able to trust the Falcons this year is when they’re laying over 3 points. Picking them as a favorite would make me sweat the entire 3 hours.

Seahawks at Bills: Over 51 (-139) [Draftkings Sportsbook]: I’ll be checking the weather closely on this one, but neither of these teams have a good defense. If the weather is nice, this has the makings of a shootout, and you already know DK Metcalf or Tyler Lockett are going to have a ridiculous game.

Panthers at Chiefs: Over 48.5 (-150) [Draftkings Sportsbook]: I’ll also be checking the weather closely on this game. If there’s a hint of rain or wind, I’ll probably switch this to a teaser, but for now I like the Chiefs to put up a lot of points on the Panthers who have a knack for keeping games close.

Lions at Vikings: Vikings -3 (-110) [BetMGM]: Matt Stafford is on the COVID list, so I’m taking the Vikings as of right now. If it turns out Stafford tests negative and can play on Sunday, I’ll re-evaluate based on what the spread is at that time.

Texans at Jaguars: Texans -6 (-110) [Borgata]: This is another instance of me taking the team going against a backup quarterback. The Jags are starting Jake Luton, and even with Minshew they weren’t anything special. I don’t love laying this many points on the road, especially on a bad team like the Texans, but I can’t trust a rookie QB getting his first start.

Giants at Football Team: Giants +10 and Under 49.5 (-110) [Pointsbet]: The Giants, and all of the NFC East, are an aberration. Nothing makes sense and I’m not going to go out on a limb for either of these teams. The Giants tend to keep games close, and both of these teams are in the bottom 3 of the NFL in scoring, so I’ll tease the Giants to 10 and take the under.

Dolphins at Cardinals: Cardinals -3.5 (-114) [FanDuel Sportsbook]: The Dolphins stunned my Rams last week, and we still don’t really know if Tua is any good. He didn’t have to do much, but I think this week will be the real test. The Cardinals offense is going to put up points, and it’ll be a tall task for Tua to keep up.

Saints at Buccaneers: Buccaneers -4 (-131) [BetMGM]: There’s a chance we see the return of two incredibly talented, problematic wide receivers in this game. Antonio Brown will make his first start for the Bucs, and with how much Tom Brady loves him and with Chris Godwin out, I could see him getting some considerable snaps right away. If Michael Thomas and Alvin Kamara get removed from the injury report I’m hoping I can grab the Bucs at -3 later in the week, so keep your eyes open for that.

Patriots at Jets: Under 46 (-143) [Borgata]: I am an abysmal 2-7 when picking Monday Night Football games, and I definitely don’t feel great about this pick either. Both of these teams are just disgusting, but now that I’ve taken the under I fully expect this to be a 35-30 shootout. If I get this wrong and move to 2-8 for Monday Night Football, I will literally flip a coin for next week’s matchup.

There it is! The perfect week of NFL picks! All the exit polls are saying that I have a 100% chance of going 14-0 this week, and those are never wrong!

Want more picks and online betting news? Follow @propsnetworkHQ on Twitter, IG and Facebook. Plus check out The Props Network YouTube channel for my weekly NFL props picks. Or, if you want to tell me how wrong some of these picks are, just hit me up at @steveclark217 on twitter. Enjoy the football sports bettors!