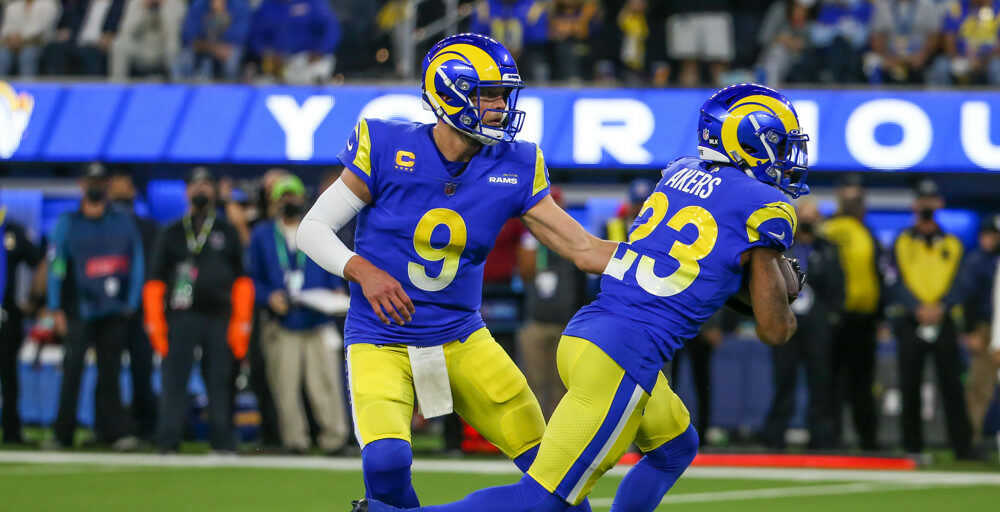 The NFL season is upon us and we have an exciting matchup to kick things off. We have the defending champions, the L.A. Rams taking on the odds on favorite to win the Super Bowl the Buffalo Bills. The Rams will look to try to repeat as champions but with key departures on both sides of the ball will make it difficult but not impossible.

Meanwhile, Josh Allen and the Buffalo Bills will be looking to take that next step forward in conquering their own championship. They have the right pieces to make a real run to be this year’s Super Bowl champions. There’s a lot take in for this matchup, so let’s dive in and take a look we kick start the new NFL season.

The L.A. Rams come into the new NFL season fresh off of their impressive Super Bowl run in 2021. They will now have to repeat that same success they had last year but that is no easy feat. They come into this matchup a bit banged up with several key injuries with their main offensive and defensive players popping up on the injury report. The good news for them is Matthew Stafford and Jalen Ramsey are likely to play come Thursday night but Stafford will be without one of his pass catches in Van Jefferson.

The Buffalo Bills come into this season with a ton of buzz surrounding them, even the oddsmakers have them as the odds on favorite to win it all this year. That is in due part of Josh Allen arguably being the #1 quarterback in all of football. The Bills have surrounded Allen with a boat load to help make that giant leap forward this season.

This game will be won or lost by the battle up front for both teams. If both Stafford and Allen have all the time in the world to make their reads and throws then we are going to get one exciting game of football to kickoff the season. So it may come down to who makes the least mistakes. Given that Stafford (even though a Super Bowl champion) threw for 17 interceptions last year and the Bills had the most interceptions in the league last year, it could be a rough one.

At the end of the day, the NFL couldn’t have given us a better matchup to start the brand new season. I expect this game to be close to the very end which should be decided by no more than 3-4 points.

Josh Allen comes into this contest as the favorite to win the MVP award and rightfully so. He amassed 4,407 passing yards along with 36 passing touchdowns. He has all the supplemental pieces to be the best quarterback in the league this year. That is why I expect Allen to put on a performance for the fans right out of the gate on primetime television.

The Rams defense has been stout for the most part but they only ranked 21st in passing yards allowed last season and gave up 255.3 per game in their last 3 to close out the season. It may not come easy for Allen to surpass this number but I fully expect him to get it done and look like the MVP candidate everyone expects him to be.

Since the year 2000, week 1 NFL games with a total that is set at 50 points or higher have an overall over/under record of 14-9-1. That is 60.4% of those games have gone over the total and with two of the best offenses in the league taking the field, the over might be a smart bet.