USC vs Arizona Pick and Preview 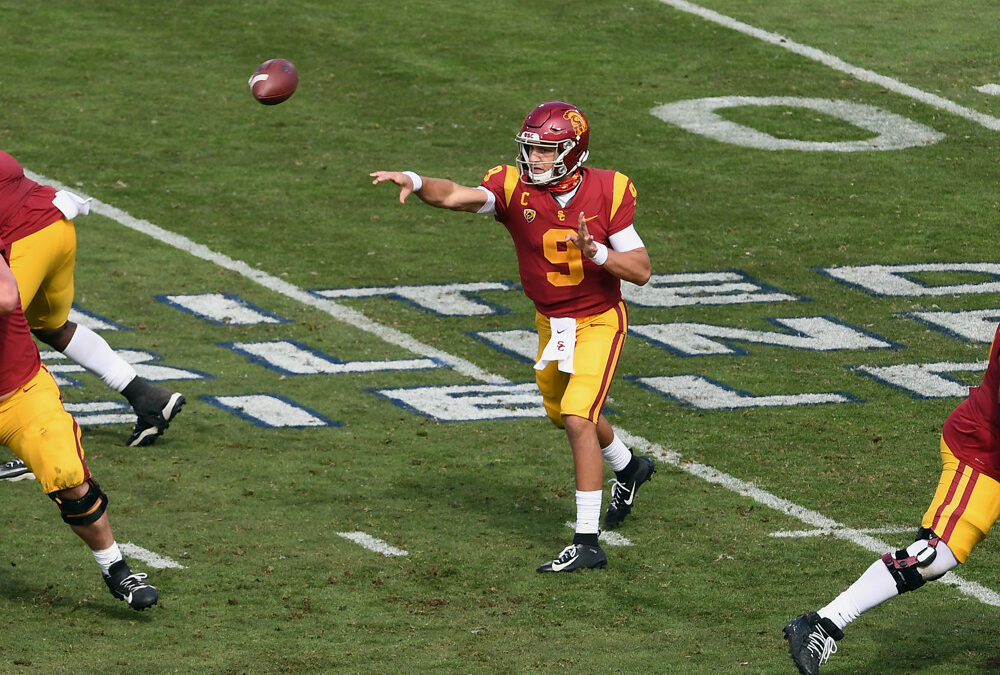 The #20 USC Trojans are a team that came incredibly close to getting embarrassed last week. USC came into the season with high expectations and the second highest rated team in the PAC-12. They did not play like that at all in the first three quarters of their opening game against Arizona State. In fact, the Sun Devils were leading the Trojans 27-14 with three minutes to go in the game. ESPN’s win probability index gave Arizona State a 99.6% chance to win the game!

But USC came back and were able to able to score two touchdowns in the final three minutes and won the game 28-27. An absolutely thrilling finish but certainly not the start to the season the Trojans wanted. The Trojans were 11.5 point favorites!

To be fair USC dominated this game. They put up 556 yards of total offense and had the ball for 34 minutes. The only reason USC needed that comeback was because they shot themselves in the foot. USC turned the ball over 4 times in the game. They lost three fumbles and threw one interception, but sophomore QB Kedon Slovis did look pretty sharp overall in his first action of the season.

If those mistakes were cleaned up, the Trojans could have won this game and covered the 11.5 point spread with ease. I trust the USC coaching staff will focus heavily on this in practice this week and have the fumbling issues cleaned up before they have to travel to Arizona on Saturday.

The Arizona Wildcats still have not played a single game this year. If last year is any indication as to how this season might go, Arizona should be glad they have not played yet this year. The Wildcats lost their last seven games in a row to end the 2019 season and lost them badly. Not a single one of these seven losses was by less than double digits.

The Wildcats lost these seven games by an average of 21.28 points per game, more than three touchdowns! While it is a new season, the Wildcats do not have all that much to look forward to. Their Senior QB Khalil Tate graduated and now the Wildcats will have sophomore Grant Gunnell under center for this game. Gunnel saw the field in 8 games last season and lost 6 of them.

I believe that the USC offense will be able to clean up the turnovers from week 1 and be able to blow out the rusty Arizona Wildcats on Saturday. Give me the USC Trojans to cover the 14 point spread.

Remember its 21+ to bet online. Do you or someone in your life have a gambling problem? Please all 1.800.Gambler today.