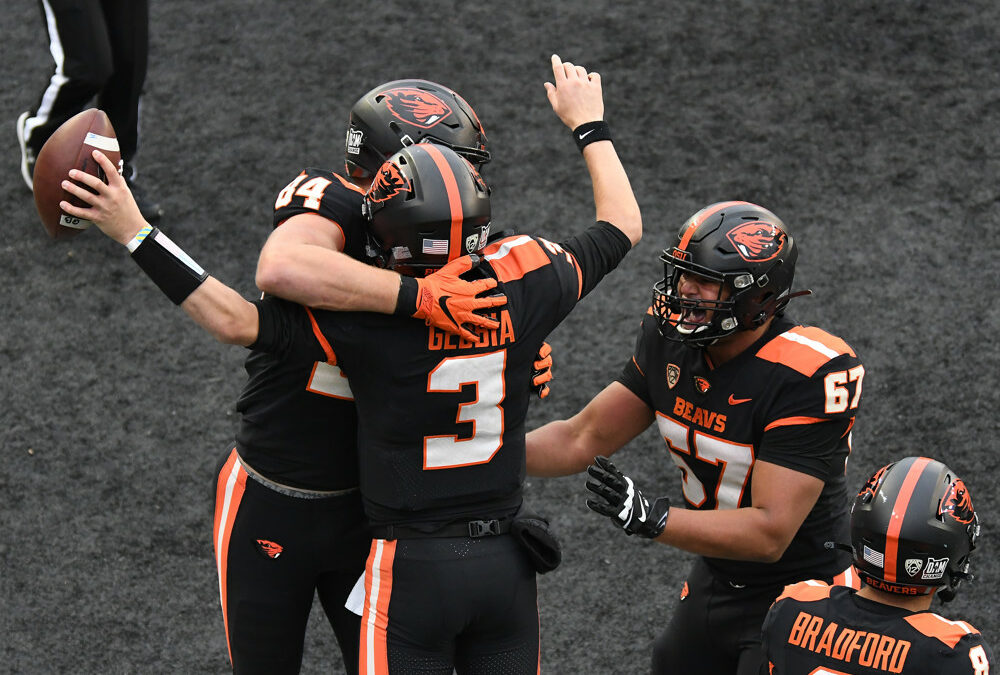 This will be the 124th meeting between Oregon State and Oregon. The “Civil War” will have now been played through not one but two pandemics. During the 1918 Pandemic, Oregon beat Oregon State (then Oregon Agricultural) 13-6. I know it doesn’t mean anything but I included this bit of information for last week’s game between Oklahoma and Oklahoma State and in that game the betting favorite for 2020 also won in 1918 so why not throw it in?

Like the Oklahoma Sooners have done in the Bedlam Series, the Oregon Ducks have dominated the Civil War recently. Oregon has beaten Oregon State in 11 of the past 12 matchups. The Ducks are the betting favorite again this year and currently favored by 14 points. In last year’s Civil War, Oregon won by exactly 14. The year before that Oregon won by 40 and the year before that Oregon won by 59! In fact, in these 11 wins Oregon has only won by less than 14 three times. So, in 8 of the last 12 matchups the Oregon Ducks have won by 14 or more.

This Year: Although this is a different season Oregon still looks dominant. The Ducks are averaging around 500 yards per game on offense and have a slightly better defense than Oregon State too. In fact, Oregon State are scoring an average of 26 points per game and Oregon’s defense is giving up exactly 26 points per game. If Oregon State get to 26 against the Ducks on Friday, then the ducks will have to score more than 40 points to cover. The Ducks are more than capable of this. They scored 43 away at Washington State, a team with a statistically similar defense to Oregon State. Oregon has also. scored over 40 points in 7 of the last 12 Civil Wars

This year Tyler Shough is proving to be a suitable replacement for the Ducks at QB after they lost Justin Herbert to the NFL. On the other side, Oregon State’s passing attack is nothing to write home about. Oregon State running back Jermar Jefferson however, looks to be on the of the best backs in the PAC-12. He has 449 rushing yards and 5 rushing TDs through only 3 games.

If the Ducks can contain Jefferson, they will win this game and should cover the 14 point spread with ease. That’s why I will be taking Oregon -13.5 at Oregon State in the 124th Civil War.