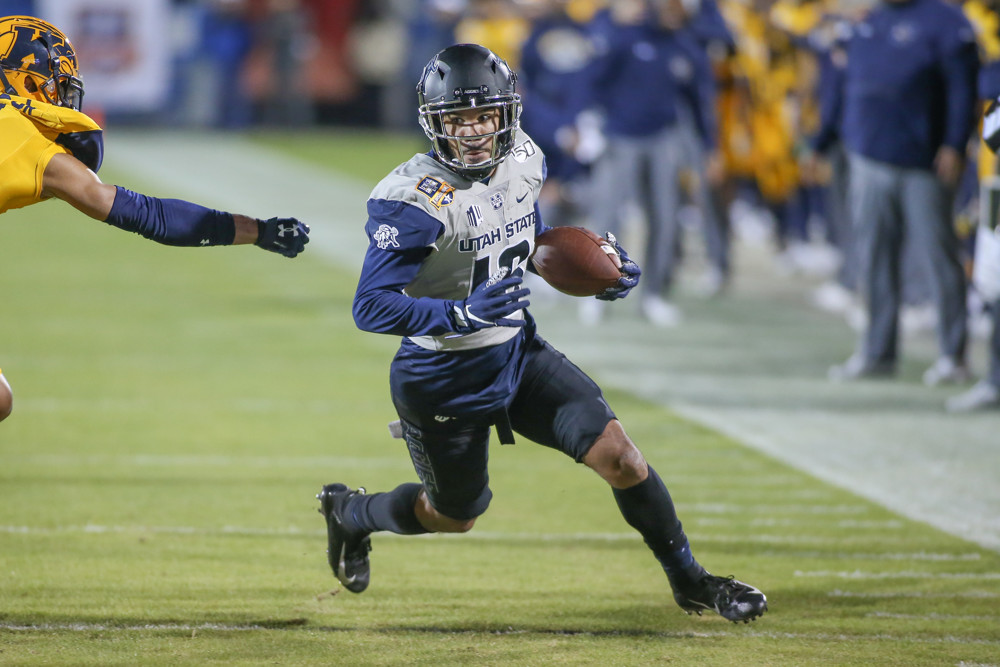 The New Mexico Lobos will face the Utah State Aggies at 7pm EST on Thursday in what will be the only division one college football game on Thanksgiving night. While it is had to picture families across America gathered in front of their TVs to watch the 0-4 New Mexico Lobos take on the 0-4 Utah State Aggies, it might end up being the best game on TV.
Somebody has to win this game and that means that no matter how bad the football might be, we can still bet on it. In this Thanksgiving night matchup both teams are bad, but one team is slightly less bad.
The Utah State Aggies are not only 0-4 on the season, but they are 0-4 against the spread as well. They have lost all four of their games and lost them badly. So badly that they fired their head coach Gary Anderson three weeks into a COVID year. Their closest loss is by 19 to Fresno State at home and they have lost all 4 games by an average of 26 points.

New Mexico have been bad also but not as bad. They are 0-4 on the season too but they are a more respectable 2-2 against the spread. They lost to Nevada by 7 at home and Hawaii by 6 in Honolulu.
These are both much more respectable losses than anything Utah State has done. They are scoring 7 more points per game on average and conceding 4 less points per game on average than Utah State. This is why I will be taking the New Mexico Lobos -5.5.
Stay tuned to The Props Network for more free betting picks and online sportsbook news. And now check out The Props Network YouTube channel for even more sports betting tips, sports talk and plenty of laughs. Follow me on Twitter at @donsengstack.