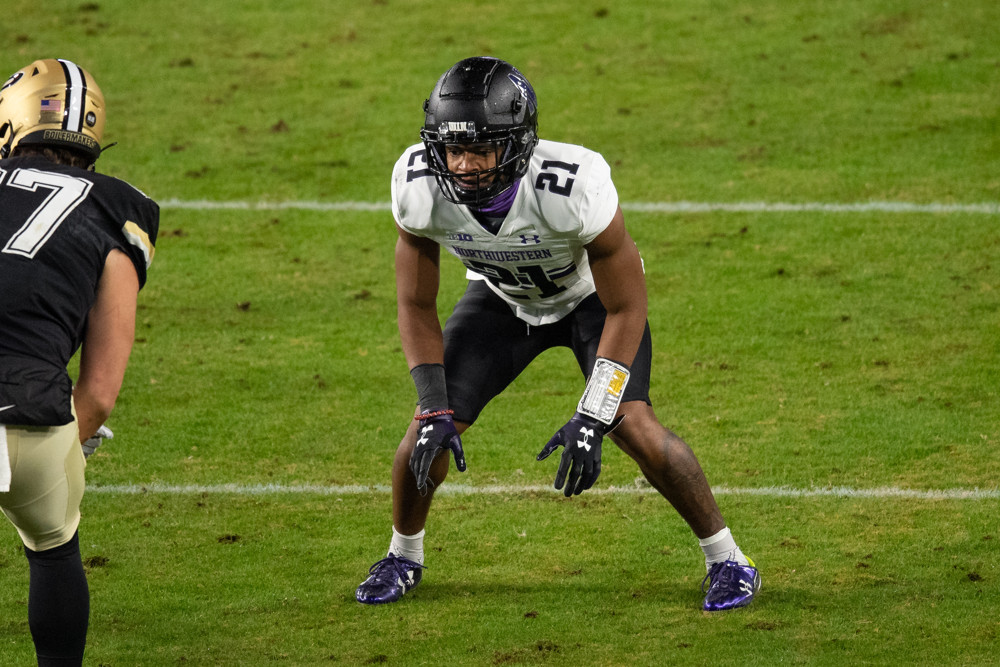 The Badgers have 8 points to eat at Northwestern

Ohio State-Indiana is not the only marquee matchup in the Big Ten this weekend. The Big Ten boasts three teams that are ranked in the AP’s top ten. After they dominated Michigan last weekend, which we correctly picked in the blog, Wisconsin was able to crack the top ten also. This weekend they will take on another Big Ten team that was able to climb AP rankings, The Northwestern Wildcats.

The team I took the biggest gamble on by far last week was the Wisconsin Badgers. The Badgers were coming out of a COIVD-19 shut down of over two and a half weeks. Many of their star players tested positive for the virus and were hardly able to practice leading up to last week’s game against Michigan. That did not stop the Badgers from absolutely blowing out the Michigan Wolverines in Ann Arbor 49-11. The Badgers looked like they hadn’t lost a step during their layoff and looked like they will be Ohio State’s biggest challenger for the Big Ten title. In the two games they’ve been able to play so far, Wisconsin has won 49-11 and 45-7.

The Badger defense seems like it could be one of the very best in the country. The seven points Illinois scored in week one came from a fumble recovery for a touchdown. Against, Michigan they did not concede a single point in the first half. Wisconsin didn’t let the Wolverines on the board until the second half when the defense had already begun resting their starters.

Even still, to only give up one touchdown and one field goal in two games is unheard of in modern college football! On top of the defense looking championship caliber, The Badgers have a young starting quarterback with talent levels they have not seen in Madison since Russell Wilson. Graham Mertz is a redshirt freshman with only two starts but he is playing like he has been leading the Badger offense for four years. In two games the young QB has 374 yards, 7 touchdowns, and 0 interceptions. The Badgers look to be set for a long time with this kid under center.

The Northwestern Wildcats come into this game as the Indiana of the Big Ten West. Nobody expected them to be there but after four weeks they have found themselves undefeated and sitting atop the Big Ten West all alone. They’ve yet to have COVID trouble and they have found a way to win all their games, which is all you can ask of a team in the 2020 season. They have not been particularly impressive on offense. Since their 43-3 blowout win over Maryland in Week 1, the Wildcat offense has scored only just enough to win their next three games. In those three games, Northwestern averaged only 23 points per game and won each game by an average of 5.3 points.

The Wildcat offense has put a lot of strain on their defense to help them win games. Luckily for Northwestern, defense is the strength of the team. The Wildcat defense has forced 10 turnovers through their first 4 games and is only allowing opponents to score 14 points per game on average. Although Northwestern’s offense has not scored a lot, they have scored enough to let their defense lead them to a 4-0 record.

Wisconsin at Northwester Number to know: 2

Wisconsin have looked very impressive, but I feel like we must take into account strength of schedule when we consider how impressive those wins are. Wisconsin’s two opponents have a combined total of two wins in their 8 games played. Both Michigan and Illinois are 1-3. Michigan and Illinois’ wins have come over two of the worst teams in the Big Ten, Rutgers and Minnesota.

Northwestern has gotten to their 4-0 start by beating teams with much better records. Three of the teams Northwestern has beaten, Maryland, Iowa, and Purdue, are each 2-2 or better. The only team on their schedule with a losing record is Nebraska who are currently 1-2. Nebraska’s two losses have come to Northwestern and Ohio State. These are two very respectable losses and further proof that Northwestern had a much tougher path to their undefeated record than Wisconsin.

While Wisconsin’s blow out wins are impressive, Northwestern has been winning more often and against better teams. However, I worry that they may not have as much gas in the tank as Wisconsin at this point in the season. After a dominant win in week one over a pretty good Maryland team, Northwestern have won each game by only one possession. They have had to hold on for a one-point win over Iowa and a seven point win over Purdue in the last few weeks. I am worried that these highly contested games have the Wildcats drained for their Week 5 matchup against a well-rested and energized Badgers team.

don’t believe Northwestern’s defense can save them for a fourth week in a row against an offense as good as Wisconsin’s. Wisconsin has passed every test thrown their way (aside from a few COVID-19 tests in Week 2) and I believe they are too explosive to be slowed down by a drained Wildcats team on Saturday. I am putting my money on another Badger blowout. I’ll take Wisconsin -7.5 at Northwestern.

Lock in the biggest payouts with free NCAAF odds comparison for every game at The Props Network.