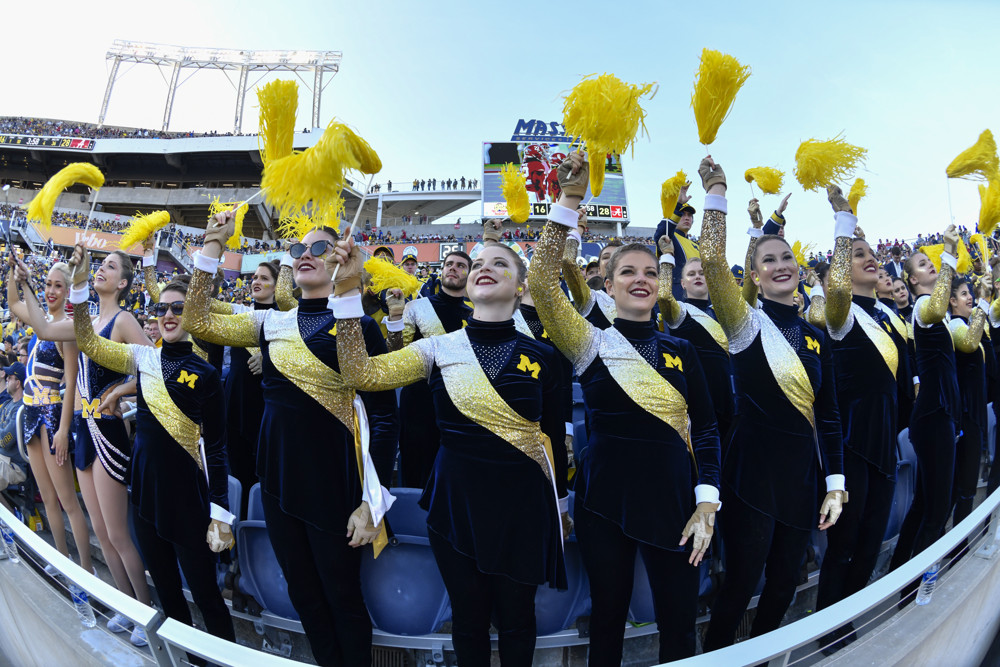 Badgers are giving points at the Big House

A matchup of two of the perennial powerhouses in the Big Ten is going to take place at The Big House in Ann Arbor, Michigan this Saturday night, we hope. I have to place extra emphasis on “hope” here because Wisconsin’s COVID situation is still up in the air. I think I speak for all Big Ten fans when I say I would love to see how the #13 Wisconsin Badgers respond to their COVID outbreak. The outbreak has been devastating for the Badgers. They have had a total of 30 members of their program test positive and that has resulted in all of their games being cancelled since they blew out Illinois in Week 1. It will be great to see them back out on the field and healthy. All eyes will be on the Badgers Saturday night to see how they are able to respond to this adversity against the Michigan Wolverines.

Wisconsin is not the only team that needs to respond to adversity on Saturday. Though they did not have a COVID outbreak, The Michigan Wolverines enter this game on a two-game losing skid and seem to be spiraling out of control. Since their week one blowout win of Minnesota in prime time, the Wolverines have suffered two surprising loses. They were beaten by their in-state rivals Michigan State in Ann Arbor, which would not be as big a surprise in previous seasons but this year the Spartans are terrible. Last week they were beaten by 17 at Indiana and it is becoming very apparent that the Wolverines are going to fire Jim Harbaugh at some point soon. Their defense is uncharacteristically giving up an average of 411 yards per game. This certainly does not bode well if Wisconsin can replicate their performance in the first game of the season when they put up 430 total yards of offense and scored 45 points against Illinois.

That is the biggest questions everyone has going into this game, can Wisconsin replicate their performance in week one after the COVID outbreak? In week one the Badgers looked like the most dominate team in all the Big Ten. They beat Lovie Smith’s Illinois team 45-7 led by their redshirt freshman QB Graham Mertz and a dominate performance by the Badger defense. Mertz completed 20 of his 21 pass attempts for 248 yards including 4 touchdowns and no interceptions. On top of that, the Badgers defense only allowed 87 pass yards in the game and effectively pitched a shutout.

The only points Illinois scored came from a fumble recovery that was returned for a touchdown. I have no doubt the Badger defense should be able to hold Michigan again on Saturday. That being said, we are still left wondering if Graham Mertz will be able to start on Saturday. The star QB was one of the players who tested positive on October 24th. This means he is able to play on Saturday against Michigan, but head coach Paul Chryst said he is taking it one day at a time. It is looking likely that Mertz will start Saturday, so I would take the Badgers now because the spread is going to move as more Badgers players are confirmed for Saturday’s game.

The all-time series between the two schools is not as competitive as you might think. Michigan and Wisconsin have played each other 68 times and in 51 of those meetings the Michigan Wolverines have walked away victorious. However, if you were to only look at the recent matchups between the two schools you would be led to believe that it is Wisconsin who has dominated the rivalry. In the first 62 matchups Michigan leads Wisconsin 49-12-1 but in the last six meetings Wisconsin leads the series 4-2. Most of those wins were dominant wins over Michigan teams that were a lot better than the current Wolverine squad.

Last year Wisconsin beat Michigan 35 to 14. In 2017 Wisconsin won by 14, in 2010 the Badgers won by 20, and the year before that they won by 16. The tides have turned in Wisconsin’s favor in recent years and in all 4 of their wins they have dominated the Wolverines. Their average margin of victory being 17.75. This Michigan team is the worst one in a long time and I believe the spread is only close because of the COVID-19 uncertainty. It seems like many of the Badger’s starters will be ready to play on Saturday so my money will be on them -3.5. I am buying the Badgers early too because I believe that spread is only going to get bigger leading up to kickoff.

This Michigan team is the worst one in a long time and I believe the spread is only close because of the COVID-19 uncertainty. It seems like many of the Badger’s starters will be ready to play on Saturday so my money will be on them -3.5. I am buying the Badgers early too because I believe that spread is only going to get bigger leading up to kickoff. I’ll take Wisconsin -3.5 at Michigan.

Get live CFB odds comparison for every game right here on The Props Network, where great bets get started. Remember it’s 21+ to bet online. Do you or someone you know have a gambling problem? Call 1.800.Gambler today.