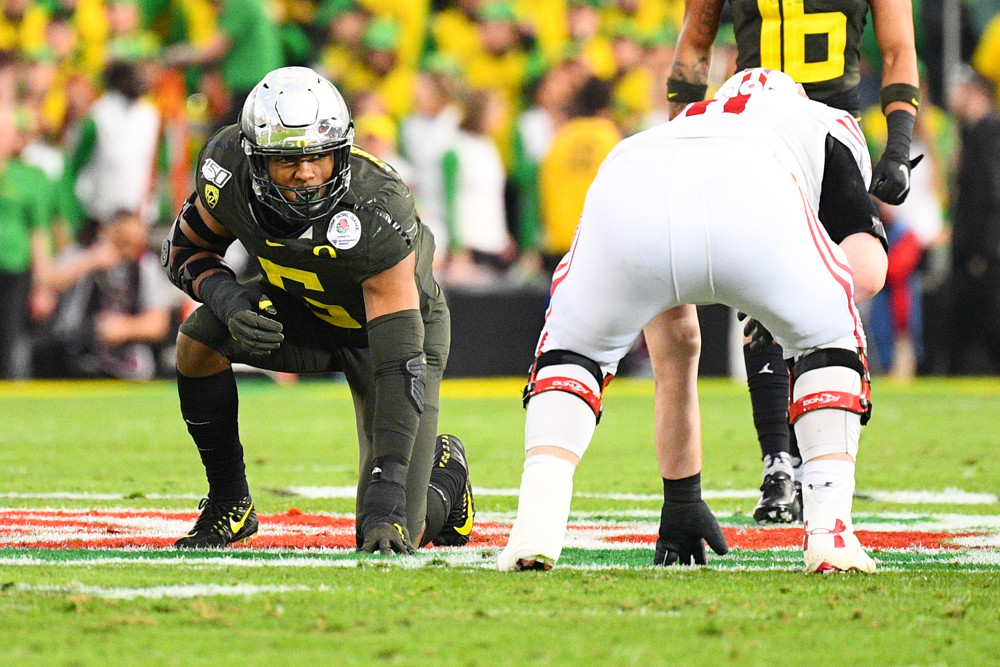 Oregon needs a win this week at Washington State

Oregon vs Washington State is the biggest matchup in the Pac-12 this week. After handling Oregon State in their season opener, the 1-0 Cougars are getting 10 points as a home dog vs the 0-1 Ducks. Let’s look at the matchup and make a pick against the spread.

Oregon: If you were to only look at the final score, you would be led to believe that the #11 ranked Oregon Ducks proved to everyone why they are the favorite to win the PAC-12. In their first game of the season, the Ducks went out and beat Stanford 35-14. This game was not quite as one sided as it seems. Stanford was very competitive early on in the game. The teams were tied 7-7 at the end of the first quarter and the score could have been 14-13 at half had it not been for a historically bad day by the Stanford kicker. I will cover that in more detail later. Stanford was also without their veteran QB in this game which undeniably hurt the Cardinal offense. Never the less, Oregon’s offense still showed up and took care of business.

Their new starting QB Tyler Shough seemed like a serviceable replacement for Justin Herbert throwing for 227 yards and 1 TD. Running back CJ Verdell looks like he is going to be a big part of the Oregon offense also. He had 20 carries for 105 yards and a touchdown last week. Oregon played like they were the favorites to win the PAC-12 in the second half on Saturday.

Washington State: One team that looked like they could be a potential challenger to the Ducks in the Pac-12 was the Washington State Cougars. The Cougars won their first game of the season last Saturday when they traveled to Oregon State and beat the Beavers 38-28. The Washington State defense was less than impressive giving up 451 total yards of offense to a mediocre Oregon State team. The Cougars won the game on the strength of their offense. In fact, Washington State and Oregon had the exact same amount of passing yards last weekend with 227 each. Cougar Wide Receiver Travell Harris had a big day with 7 catches for 107 yards and 2 touchdowns.

Where they really shined and could have a big advantage over the Oregon Ducks is in their running game. WSU had 229 yards on the ground, 147 of which came from senior running back Deon McIntosh who also found the endzone on the ground. Last week Oregon allowed almost 200 yards on the ground to Stanford and both the touchdowns they gave up were rushing touchdowns. This is one area where Washington State will definitely have an edge over Oregon.

Four is the number of field goals missed by Stanford kicker Jet Toner last Saturday against the Oregon Ducks. He missed from 48 yards in the first quarter, 41 yards in the second quarter, 35 yards in the third quarter, and 27 yards in the fourth quarter. If Toner makes those field goals, the game finishes 35-26 and Stanford covers the spread. Also, it was announced an hour before kickoff that Stanford’s Senior QB David Mills would not be playing so the Cardinal had to start a much less experienced QB Jack West. If Stanford has their starting QB some of those drives that ended in missed field goals could have ended in touchdowns.

In this game Oregon is once again favored by around 9 points but this time they have to go on the road to take on a team with their #1 QB and a competent kicker. WSU kicker Blake Mazza was 1/1 on field goals and 5/5 on extra points.

The Pick: The weather looks like it could be cold and rainy on Saturday in Pullman, WA. This will work in favor of the Cougars rushing attack against the Oregon defense. I think Washington State will be able to run the ball effectively enough to keep it away from the Oregon offense and that is why I feel confident taking Washington State. Give me +10 for the Cougars in this game.

Remember, it’s 21+ to bet online. Do you or someone you know have a problem with gambling? Call 1.800.Gambler today.