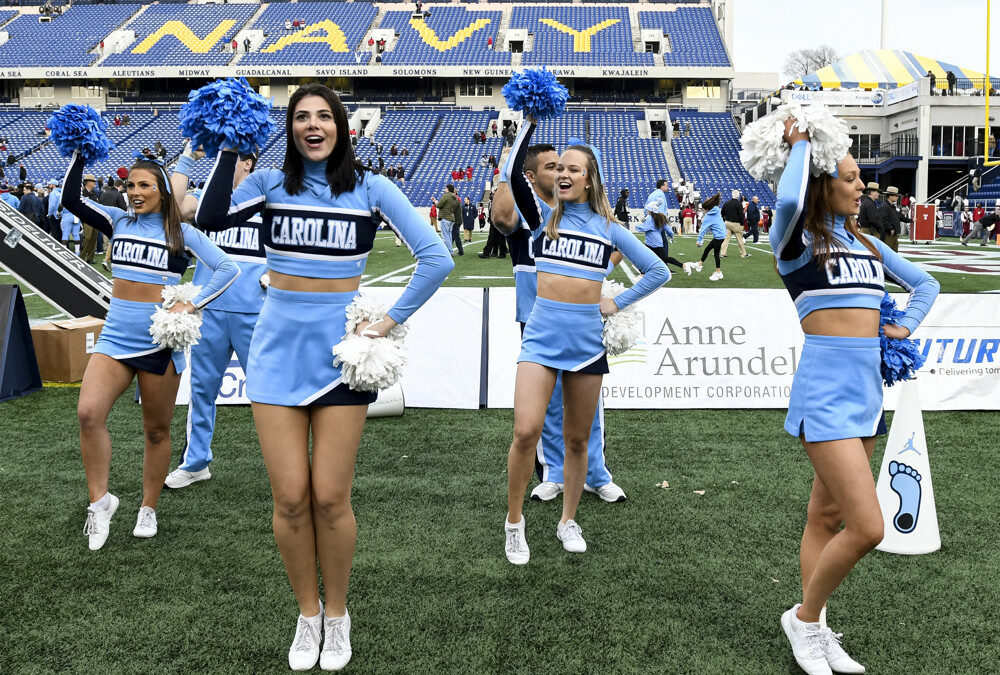 Should Notre Dame be on upset alert vs UNC on Friday?

#25 North Carolina vs #2 Notre Dame is the game that should have the biggest impact of the College Football Playoff. The Tarheels pose the last big threat to the Irish’s hopes of finishing the regular season undefeated.

Notre Dame comes into this game solidly in the College Football Playoff picture after their 47-40 double overtime win over Clemson. Notre Dame is currently 8-0 and the #2 ranked team in the country behind Alabama. If they win the rest of their games, they are a lock to make the Playoff. Even if they win their three remaining regular season games then lose to Clemson in the ACC Championship, Notre Dame still has a good shot to make the Playoff. To get to that point however, the Fighting Irish have to get a win in Chapel Hill this weekend. That won’t be easy.

The Tarheels are a very strong team at 6-2 and Notre Dame will be missing two of their starting offensive linemen for this game. Even still, Vegas has Notre Dame as a 5.5 point favorite in Friday’s game. Notre Dame will still have their senior leader Ian Book at QB and explosive sophomore Kyren Williams at running back for this game. On top of that, the strength of their team all season has been defense. The Irish are only giving up an average of 16 points per game and only giving up around 300 total yards per game, near league best in both categories. Clearly there is still plenty of reason why the Irish should be favored on Saturday.

Had it not been for two shocking upsets earlier in the season, the North Carolina Tarheels could be right in the thick of the College Football Playoff discussion themselves. The Tarheels have one of the best offenses in all of college football. They are averaging an astounding 43 points per game and have scored over 40 in each of their last four games. Their offensive attack has great balance too. They are gaining around 230 yards on the ground per game and around 330 yards in the air per game.

Their scoring defense is what has cost them so far this season. They are conceding over 30 points per game, two touchdowns per game more than Notre Dame. In their two losses they gave up 31 to FSU and 44 to UVA. The 31 points FSU scored came in the first half and UVA had 41 of their 44 points early in the third quarter. Keep an eye out for live betting opportunities if the game script plays out like this because in each game UNC went down big and came back to lose by only 3.

ND vs UNC Number to know: 3

That leads me right into my number to know for this matchup, three. UNC’s only two losses on the season were by exactly three points. The Tarheels have played every matchup close and even when they get down by a lot, they are able to come back thanks to their powerful offense. They were down 21 to UVA and 24 to FSU and lost each game by only three. Speaking of their offense, the Tarheels top offensive performers in the three main statistical categories, passing, rushing, and receiving, are out performing Notre Dame’s top three performers by a lot. UNC quarterback Sam Howell has 2,631 passing yards and 23 passing TDs compared to Ian Book’s 1,818 passing yards and 11 passing TDs for Notre Dame. And Howell has done this with only 32 more pass attempts.

UNC running back Javonte Williams has 868 rushing yards and 15 rushing TDs compared to Kyren William’s 777 rushing yards and 10 rushing TDs for Notre Dame. And Javonte Williams has done this with 17 fewer carries than Kyren Williams. Notre Dame’s leader in receiving yards Javon McKinley only has 414 yards and no TDs. UNC’s leader in receiving yards Dyami Brown has 829 yards and 8 TDs for the Tarheels. And it’s not just on offense where the Tarheels are statistically superior, there are three defensive categories in which the Tarheels are just as good as the Irish if not better. The Tarheels have six more sacks than Notre Dame (27-21), two more interceptions than Notre Dame (7-5), and the same number of forced fumbles as Notre Dame (5-5).

The Tarheels will only be able to improve on these defensive categories with two of Notre Dame’s starting offensive linemen out. Even if the Tarheel defense cannot take advantage of this, The Tarheel offense will be able to score enough points to keep them in the game. Give me the North Carolina Tarheels +5.5 vs Notre Dame on Friday afternoon.