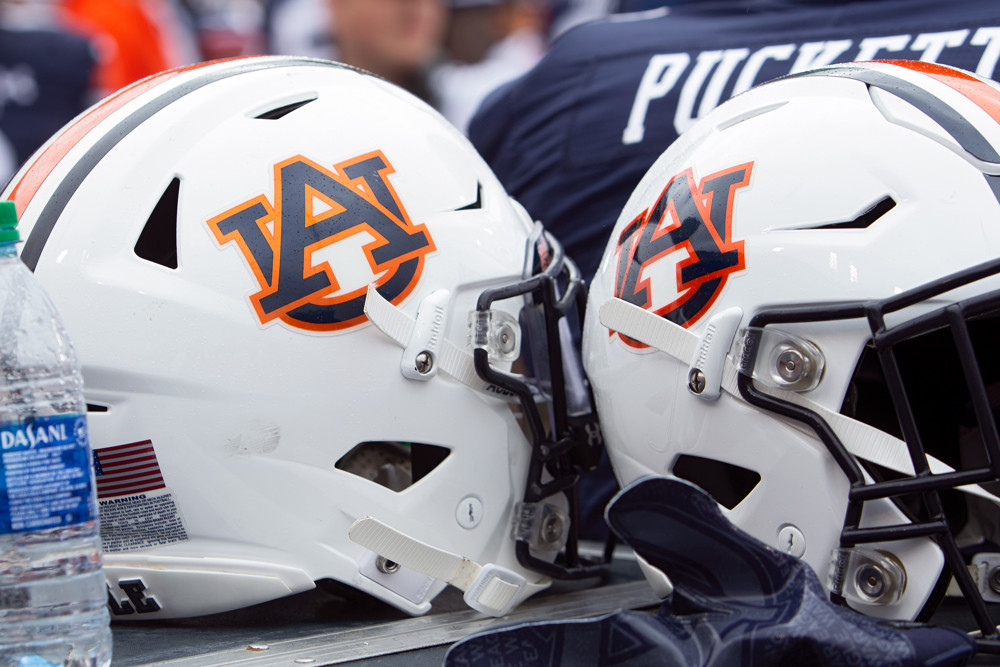 Can Alabama cover a huge spread vs Auburn in the Iron Bowl?

The last matchup of ranked teams this weekend is historically one of the best matchups of the entire football season. On Saturday at 3:30 EST #1 Alabama will host #22 Auburn in the 85th Iron Bowl. For as dominate as they have been in college football recently, you might be surprised to hear that Alabama has lost two of the last three Iron Bowls.

The Crimson Tide will be looking for revenge after their kicker hit the upright on a game tying field goal late in last year’s Iron Bowl. This year Alabama once again have everything to lose in this game and Auburn are looking to spoil their College Football Playoff hopes. This should undeniably make for another can’t miss college football game on Saturday afternoon.

Vegas has the Auburn Tigers as a massive 24.5 point underdog in this game, but there is still plenty of reason for Auburn Fans to be hopeful. The Tigers come into this game on a three-game winning streak. Not only have they won their last three games, but they have won their last three games convincingly. They beat Ole Miss in Oxford by a touchdown, then came back home and beat LSU 48-11 and Tennessee 30-17 in consecutive weeks.

Their defense has done very well to keep their opponents from scoring. The Tiger defense is holding opponents to 22 points per game which is only 2.7 more points than the vaunted Alabama defense is giving up per game. On offense they have a lot of young talent. Sophomore QB Bo Nix already looks like a leader for the Tigers and he looks like he has talent throwing the ball and running the ball. Auburn’s offense is even better on the ground. Freshman running back Tank Bigsby looks like he could be one of the best in the SEC for years to come. The freshman running back already has 527 rushing yards and 5 rushing TDs this season. Unfortunately for the Tigers, Bigsby is questionable for Saturday’s game with a hip injury and it is unclear whether or not he will play.

The Crimson Tide will not be without their star running back Najee Harris. Harris looks to be another home run for Nick Saban and the Tide at running back. Harris seems to be the next Josh Jacobs, Derrick Henry, Mark Ingram, you name it. Alabama always has a great running back and Najee Harris is no exception. If you thought Bigsby’s numbers were impressive for Auburn, Harris already has 797 rushing yards and 16 rushing TDs for the Tide. Harris and Junior QB Mac Jones are leading the Tide to almost 50 points per game.

The Tide defense is just as good if not better. They are holding opponents to under 20 points per game and have only given up more than 24 points once this season. In week two they held #5 Texas A&M to 24 points, a team who is averaging 40 points per game since they played the Tide. So far this season Alabama have looked deserving of the title of the #1 team in the country.

Alabama vs Auburn Number to know: 4

Four, that is the number of times a team has won the Iron Bowl by 25 or more since Alabama hired Nick Saban as coach in 2007. The winner of each of these four blowouts was the Alabama Crimson Tide. In each of the four games Alabama was ranked either #1 or #2 in the nation. Auburn entered the four games either unranked or ranked #24 in the country. When Auburn have been ranked in the 20s and Alabama have been ranked 1 or 2, Auburn has lost by more than 25. Three of the four blowout games happened in Tuscaloosa. This Saturday’s game is in Tuscaloosa too. History could be pointing to another Tide blowout.

All the signs from this season and past seasons point towards an Alabama blowout. The Tide have been up against some big spreads this season and have still been able to get to a record of 5-2 against the spread. They beat the #5 team in the country Texas A&M by 28 and the #3 team in the country at the time Georgia 41-24. The only two teams who have been able to cover against Alabama this season have powerful offenses and weak defenses.

Auburn is the opposite. Auburn have a bad offense that will be made much worse if Tank Bigsby can’t play and Auburn’s defense will be no match for the Tide’s historically good offense. I think the Tide are going to roll on Saturday and that is why my money will be on Alabama -24.5 in the Iron Bowl.