At Florida, Razorbacks are big dogs without their coach 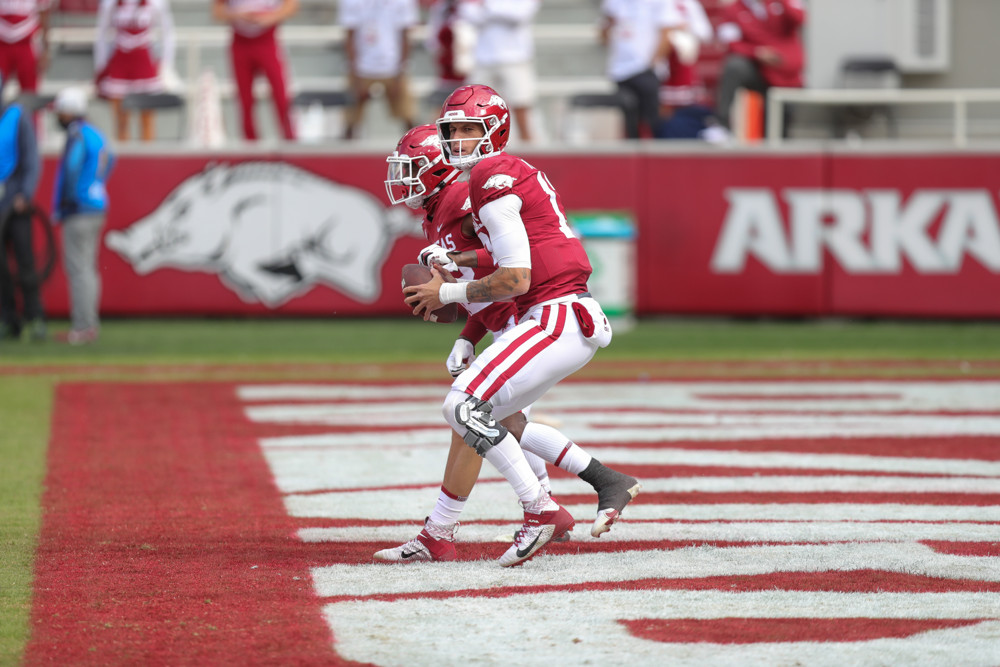 The spread has trended up slightly from the opener of +16.5 for Arkansas, with the books now giving +17 to the Razorbacks (+17.5 at FanDuel). The over/under has not moved at all from the opening number of 60.5. On the moneyline, Florida opened as -900 favorites with most sportsbooks now correcting that big number to as low as -714 right now at BetMGM.

The SEC season could be falling apart before our eyes. Already this weekend, more than half of the games scheduled to be played have been called off due to COVID-19. Alabama-LSU, Georgia-Missouri, Texas A&M-Tennessee, and Auburn-Mississippi State have all be cancelled. This leaves only three SEC games left on the card. Vanderbilt-Kentucky, Arkansas-Florida, and South Carolina-Ole Miss are all still scheduled to go forward as planned.

The Razorbacks are the top team against the spread in the entire country at this point in the season. In the six games they have played, Arkansas have beaten the spread every single time. They are 6-0 against the spread and they have covered against some very good teams. Including a two point loss to Auburn and a great backdoor cover against the current #5 team in the country Texas A&M. A&M beat Florida earlier this year 41-38 and Arkansas is getting more points this weekend at Florida than they were two weeks ago when they covered against A&M.

Florida does come into this game off-a huge win last weekend over their rivals Georgia. They demolished Georgia 44-28 last week with a huge surge in the second quarter and a dominant second half. Florida’s strength all season has been their passing attack and that was no different last weekend. Florida QB Kyle Trask threw for 474 yards and 4 touchdowns. Without the passing game Florida could have been in big trouble because their defense continues to look soft. The Razorback’s have a solid pass defense that only allows 222 yards per game.

One reason I worry about Arkansas in this spot is the fact that their head coach Sam Pittman has tested positive for COVID-19 and will be unable to coach this weekend. However, they will not be without their offensive and defensive coordinators who will still be on the sideline to lead the Razorbacks in Gainesville. Arkansas will also be led by senior QB Feleipe Franks. Franks transferred from Florida last offseason and will no doubt have himself and his team extra motivated this week.

I think Arkansas gets to 7-0 vs the spread here. So give me the Razorbacks +17.5 vs Florida on Saturday night.

The Props Network has you covered with line shopping for every NCAA and NFL football game this season. Lock in the best payouts and spreads on your bets.