Parlay Of The Week for UFC Vegas 60 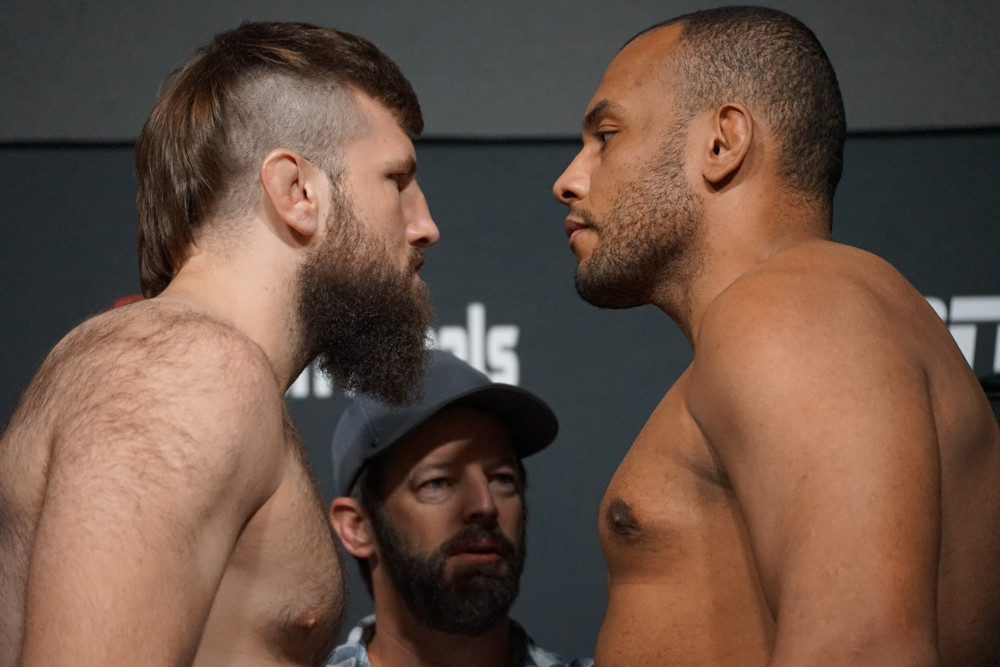 We are on the heels of an exceptional fight card last week at UFC 279, which delivered and then some. This week we have a barn burner in the bantamweight division as #4 Cory Sandhagen and #10 Yadong Song battle it out in the main event. The rest of this fight night is absolutely stacked with up-and-coming prospects which should make for an exciting night of fights. With that said, let’s take a look at the Parlay of the Week for Props HQ presented by Playmaker Betting.

Parlay Of The Week

In the welterweight division, we have a fun scrap between Louis Cosce and Trevin Giles. Both fights are desperately in need of a win which should make for an all-action type of fight right from the get-go.

Cosce is coming off of his first professional loss at the hands of Sasha Palatnikov. After a dominant first round and almost finish, he ultimately had a cardio dump and lost in round 3. In this matchup, he gets an opponent in Giles who’s had his fair share of bad luck himself.

Giles has lost each of his last two fights by KO or TKO, giving Cosce a viable path to victory. Giles has shown that he isn’t the fighter we once saw as he came into the UFC and this could be his last fight with the promotion. All 7 of Cosce’s wins have come inside round 1 with 6 of them by KO/TKO. So I am going out on a limb here and taking Cosce to get yet another first-round finish

Tanner Boser to win by decision +380

In the heavyweight division, we have a fight between Tanner Boser and Rodrigo Nascimento. Boser is coming off of a brutal knockout win over Ovince Saint Preux, meanwhile, Nascimento’s last win was overturned due to a failed drug test.

Boser has come into this fight in the best shape we have ever seen him. He may be giving up some size but he ultimately will be the much faster fighter with the much cardio to go along with it. Going into this fight, Boser knows he needs to keep this fight on the feet and at distance and he’s one of the best in the division at doing so.

Nascimento’s game will be predicated on getting this fight to the mat and either keeping it there or finishing Boser. His striking has gotten better as we saw in his last fight against Alan Baudot but it’s still nowhere at the level of Boser’s. Ultimately, Boser should be able to sprawl and brawl his way to a wide unanimous decision victory in this one.

Pat Sabatini to win by decision +120

In the featherweight division, we have a great fight between Pat Sabatini and Damon Jackson. Both fighters are riding high coming into this high-stakes matchup. Each fighter is on a winning streak looking to take their career to the next level.

Sabatini is a perfect 4-0 inside the octagon and looking to make it 5-straight as he takes on the submission specialist in Damon Jackson. Sabatini is a great grappler in his right with 11 of his 17 wins coming by submission. He also is the better positional grappler in the matchup, being able to fend off submissions while maintaining top control and winning rounds.

Jackson is always a live underdog as he has the cardio to overcome early adversity. He had done so in his fight with Mirsad Bektic, as he weathered the early storm to a late finish. If Sabatini gets tired at any point in this fight, Jackson has the potential to take over. With that said, Sabatini has shown to have outstanding cardio to push a hard pace for 15-minutes. Expect him to use his relentless grapple heavy pressure to win a clear-cut decision victory.