XFL Week 5 Picks For All 4 Games 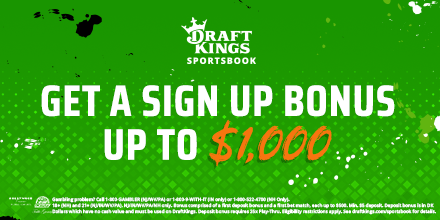 The XFL is losing viewership. Just keep in mind that the NBA is heating up. They also competed with the NFL combine last week, and now MLB spring training is here. I never expected the XFL to be a ratings juggernaut, but as a low-key maintenance dose of football, it’s doing a fine job.

Here I go again on my own for XFL Week 5. I’m 500 on picks this season and have not been able to get any consistent plays going except on the totals. With one more week of XFL intel, let’s assess all four games and make picks.

Look, most Seattle teams are not as good on the road as they are at home, but this spread is ridiculous. Even though Houston is 4-0 and Phillip Walker is looking like he’ll probably get another look in the NFL, any team laying almost two touchdowns is just silly. There’s no value here and I am still kicking myself for thinking St. Louis could pull off a two-score win. I like Houston’s swarming defense, but they are feast or famine with big plays going both ways because they’re inconsistent and undisciplined. Do not, I repeat, do not lay two touchdowns in a league like this. This shouldn’t even be a discussion. THE PICK: Seattle +13.5 THE OTHER PICK: OVER 45.5

Dallas lost Landry Jones to a pretty bad looking knee injury. He hasn’t been ruled out, but I suspect he will be, so that means Phillip Nelson who managed to generate only nine points in a week one loss. New York is putrid and coming off their first win, so expect a bit of a letdown. I’d generally advice against playing this one, but if you feel an itch you can’t scratch, grab the points and take that under. Neither one of these teams is going to be airing it much and this one might be dominated by running backs.

The total gives me the creeps because it’s so low that it will be super tempting to the squares who will be thinking it’s a super easy one to cover. DON’T BELIEVE THE BOOKIE’S LIES. These teams are terrible on offense and, again, starting backup quarterbacks. If you insist on the total, go under. Personally, I am hoping some action comes in on the over and drives it up another point. THE PICK: New York +7.5. THE OTHER PICK: UNDER 36.5

St. Louis plays a grounded and patient brand of offense, but what’s most impressive is that their defense has allowed only seven touchdowns in four games. DC is coming home, so maybe Cardale Jones gets back on track and stops giving the ball away. I got burned thinking DC would bounce back, but this is a tough spot for them even in a league where we’re still figuring out who has real quality.

Short road favorites are generally not a good look, so I will probably be laying off this one on my personal game day plays, but gun to my head I’d look at DC in a bounce back spot at home against a team that “everyone knows is going to win.”

As for the total, meh. I can see it going either way depending on how well St. Louis’ defense plays. That’s key and since DC could get their act t together and break some recent trends, I’d either grab the over or lay off.  THE PICK: DC +4.5. THE OTHER PICK: OVER 39

This league is so dicey that some folks now think Tampa is good because they crushed DC 25-0 last week. Taylor Cornelius has been replaced by Aaron Murray and things are looking up on offense especially since they have two of the best running backs in the league. De’Veun Smith and Jacques Patrick are first and third in rushing and the Wildcats give up 131.5 YPG on the ground. We all know Los Angeles has a porous defense, so you can imagine where I am going with this one. THE PICK: Tampa Bay +2.

Stay tuned to The Props Network for sports betting news and picks. XFL week 4 betting odds can be found at all of the top US online sportsbooks. Find a new sportsbook or the best sports betting site for you here at TPN.

What is the XFL?

The XFL is a new pro football league owned by Vince McMahon’s Alpha Entertainment company. After a one season attempt of launching in 2001, XFL Football is back in 2020.

What are the XFL team names?

When does the XFL start?

The XFL 2020 season is underway and will kickoff it’s 5th week of play on March 7th.

Who are the XFL coaches?

Is the XFL coming back?

No announcement has been made yet regarding the status of the XFL 2021 season.