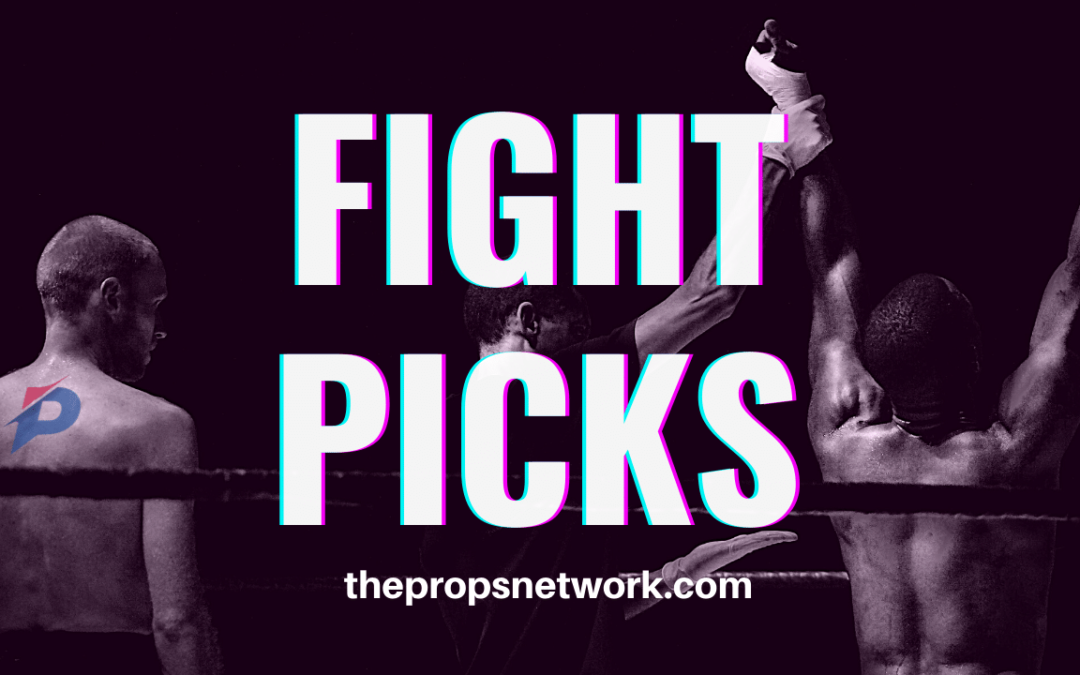 Story of the Card – This weeks UFC Card should be a good one. The main event is a bout between Light Heavyweight Contenders Anthony Smith and Aleksandar Rakic. The winner should be well on their way to a fight with the division’s elite in the now wide open LHW division. In the co-main event former champ Robbie Lawler takes on the very talented Neil Magny, who is on a tear this year after sitting out all of 2019. Beyond that there’s also some really well-matched fights that promise to be all action. Alex Caceres takes on former GLORY kickboxer Gigi Chikadze in what should be a great striking battle. Rounding out the main card is the “pure violence” matchup of the night as Ion Cutelaba attempts to rewrite the narrative surrounding his controversial first fight with Magomed Ankalev.

A rematch with bad blood is always appointment viewing in MMA. Both of these guys are huge and powerful strikers, facing off again after their first fight ended via a controversial stoppage. That first fight was also chaos for as long as it lasted, and this one could be crazy as well.

Cutelaba ate a head kick and appeared wobbled but was still firing back at Ankalev when the ref jumped in. After watching the replay it looks like the referee jumped the gun and Cutelaba might have actually been playing possum. Cutelaba was furious with the ref and this rematch feels like a “make it right booking” which great news for fight fans. It also might be good news for bettors as I think both guys will be motivated to win in definitive fashion.

Ankalev is still the more technical and well-rounded fighter but Cutelaba has huge power, especially early. I could see him catching Ankalev at the beginning of the fight and for me that makes him a very live dog.

Top Prop: Fight to end by KO -165. Both of these guys are big, hit hard and want to correct the “narrative” on this rematch. I can’t see this one going the distance, especially after rewatching the first fight, (which remains one of the funniest craziest fights you’ll ever see, so give it a watch).

Number to Know: 9 That’s the combined number of finishes in these guys combined previous 10 fights.

Alex “Bruce Lee Roy” Caceres vs Gigi Chikadze should be a fun fight. Caceres has long been one of the more interesting strikers in the featherweight division and Gigi is a decorated kickboxer. So, this one should stay on the feet and be very exciting.

Caceres recently defeated Chase Hooper and has looked good as of late. However, Gigi is legit and could absolutely beat Alex on the feet. So, I actually think this fight is more even than the odds suggest.

Caceres has settled into his style as he ages and when it comes to a standup battle like this I think Caceres can compete. He’s got a higher strikes per minute number than Chikadze, as well as a higher percentage of strikes landed. Plus ,he’s a crafty southpaw who fought Yair Rodriquez to a split decision. This should be a fun scrap and I like the value of Caceres in it..

The Pick: I’m taking the plus money on Caceres here +190 at FanDuel.

Number to Know: 30. This will be Alex Caceres’s 30th professional fight. He’s coming off two good wins and looks like he’s in that sweet spot of being experienced but not shopworn or chinny.

A former champion in Lawler vs a perennial almost contender, Lawler vs Magny should be a hell of a fight. Lawler is a last-minute replacement for Geoff Neal, that being said “Ruthless” is always dangerous. Lawler has lost his last 3 fights, in two of them by being outworked en route to lopsided decisions.

Pace has always been a bit of an issue for Lawler as he will take time off in between busts of extreme violence. The problem now is it’s been a while since we’ve seen Lawler finish someone with one of those bursts. His last finish was in that epic war with Rory MacDonald and since then he often just gets outworked by modern fighters who can keep a pace.

Magny is a deeply underrated fighter who is long and incredibly crafty on the feet. Maybe Lawler can turn back Father Time and find a surprise victory here like Frankie Edgar did last week. But, I think it’s more likely that he just can’t finish Magny and Magny uses his varied well rounded skill set to win a comfortable decision.

Top Prop: Magny to win by Decision is a good value for -135. Lawler is still tough as hell but I can’t see him keeping up.

Number to Know: 4.16 Strikes absorbed per minute by Robbie Lawler. Magny should be the busier striker and more willing grappler, he’s got a lot of paths to a victory here.

Rakic was one of the hottest rising prospects in the Light Heavyweight Division before his split decision loss to Volkan Ozdemir. He’s a fantastic athlete with knockout power and a great kicking game. Now he’ll be looking to resume his rise with this main event fight. Anthony Smith, who challenged for the title in 2019, will be a fantastic test for Rakic though.

Smith is coming off a hugely disappointing loss to Glover Texiera that was notably brutal until the late controversial stoppage. We know that he is incredibly tough and has some impressive victories on his record but he’s the underdog here for a reason.

Smith fights long and likes to use his jab and front kick to start things off. Unfortunately for him, front kicking Rakic feels like an extremely dangerous path to victory.

Rakic has a beautiful low kick, and some highlight reel head kick knockouts on his record. He is also incredibly dynamic and I could see him getting back on the path to title contention with a decisive victory here. We know without a doubt Smith won’t quit, but in a five-round fight i’ll take his more powerful opponent.

Number to Know: 5.17 Significant Strikes landed per minute for Rakic.