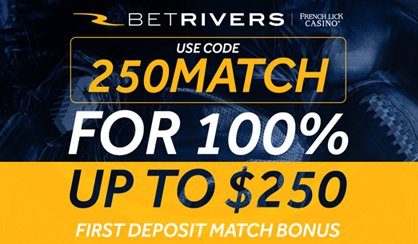 The White Sox are spending big in the offseason. Are they a contender now? We shopped the futures market to find out.

The White Sox have tossed a big free agent log on the 2019-20 hot stove fire. They signed 2015 AL CY Young winner Dallas Keuchel to a three-year $55.5 million contract. It’s another in a series of offseason moves by Chicago aimed at improving on a 72-89 record in 2019, and overtaking Cleveland and Minnesota for the 2020 AL Central crown.

For his part, the soon-to-be 32 year-old Keuchel brings a strong lefty arm to the front of the White Sox rotation. The move follows a 19-start season that Keuchel spent in Atlanta. This, because he turned down a qualifying offer from Houston, where he spent his first seven seasons. Keuchel then had to wait until almost halfway through 2019 for a new contract, because interested teams (like Atlanta) would of had to give up draft compensation. Once the June amateur draft passed, though, the Braves signed Keuchel to a $13 million deal for 2019. He then went on to strike out 91 in 112 innings, compiling 2.1 WAR. This came after he struck out 278 batters over the previous two seasons, across 350 innings, compiling 6.5 WAR.

THE BEST ONLINE SPORTSBOOK BONUSES IN EVERY LEGAL STATE

Keuchel’s signing also comes after Chicago signed the top available free agent catcher, 31 year-old Yasmani Grandal, from the Milwaukee Brewers to a four-year $73 million contract. It complements the team re-signing 2019 All-Star catcher James McCann to a one-year $5.4 million deal. To throw to them, the White Sox also signed 34 year-old veteran lefty starter, Gio Gonzalez to a one-year $5 million deal. It adds depth to a rotation led by 25 year-old ace Lucas Giolito, who struck out 228 batters in 176 innings in 2019, compiling 5.6 WAR.

GET FREE BETS AND BONUSES NOW

While the 2019 White Sox were among MLB’s youngest teams, the age of the franchise’s offseason signings have a win-now feel to them. Keuchel, Grandal, Gonzalesz, and Abreu are all at the tail-end of the traditional “prime” years of a baseball career. It looks like Chicago is banking on veteran leadership to vault the team into the postseason. So, what does that mean for bettors looking into the 2020 MLB futures market?

Before the White Sox signed Grandal, Pointsbet had the over/under for Chicago’s regular season wins at 80.5. After his signing, that shifted slightly to 81.5. Now, with Keuchel in hand, that number has held at 81.5. It reflects the relatively-minor impact a starter can have on a team’s win total in at most 32-34 games per season. It’s the postseason where pitchers like Keuchel can really earn their money.

Before signing Grandal, PB gave the White Sox a +375 payout to win the AL Central. As well as a +2500 payout to win the AL pennant. After his signing, those numbers held at +375 for the AL Central, and +2500 for the AL pennant. Additionally, PB has Chicago at +5000 to win the World Series. Again, Keuchel’s signing didn’t shift any of those numbers. The White Sox are still favored to finish third in their division behind Minnesota and Cleveland.

Elsewhere, even after the Keuchel signing, Draftkings, Borgata Online, and Bet MGM all give the White Sox a +4000 payout to win the 2020 title — just as they did after the Grandal signing. Same goes for Chicago winning the AL pennant, with the Draftkings payout remaining at +2000.

Bet these props now at Pointsbet with the best possible deposit bonus for NJ players.
Bet a HUGE selection of Props with $20 Free and the best deposit bonus at Unibet PA

Stay Tuned to The Props Network for more MLB futures and betting news during the off season.