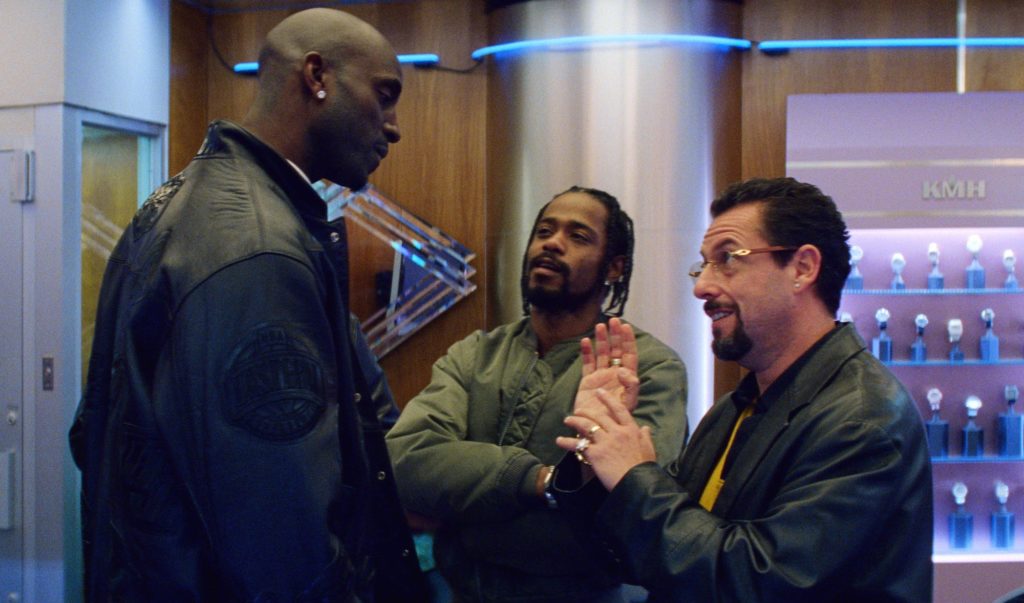 As Oscar season begins, we remember some of cinema’s most infamous sports bettors.

The 2019-20 NFL playoffs began with a bang. The defending Super Bowl champion New England Patriots were knocked out by the visiting Tennessee Titans. Elsewhere on Wild Card weekend, Texans QB Deshaun Watson, Vikings RB Dalvin Cook, and Seattle WR DK Metcalf all had big days. In fact, if you chose those three as part of your team for DraftKings’ $20 buy-in “Millionaire Maker” contest, you had a shot at beating out over 100,000 competing entries to win. Turns out, former-Bachelor contestant Jade Roper Tolbert did choose those three! She won the DraftKings contest with 180.78 points.

Now, Tolbert has been accused of colluding with her husband. The pair appear to have gamed the contest’s system. There is a limit of 150 entries per player, but they spread out 300 unique lineups using two accounts. If they did do this in collusion with one another, it is a violation of the DraftKings DFS guidelines.

While Tolbert’s payout was big, her digital means of cheating was rather un-dramatic. It was a bland systematic approach to placing small wagers. It likely required a spread sheet. So, although the attempt to steal from the house is really bold and shady, the Jade Roper Tolbert (and husband) story wouldn’t make a great movie. I was so bored just thinking about this Draftkings caper, that I decided to find some awesome movies with exciting sports betting. Specifically, I wanted to see some non-Bachelor contestants going all-or-nothing, placing big life-and-death wagers, and making shady attempts (no spread sheets) to beat the house.

Adam Sandler’s NYC “Diamond District” jeweler takes multiple beatings due to his fondness for parlay sports bets. Two multi-part wagers play a crucial role in his efforts to pay off large gambling debts to his brother-in-law. Both bets involve late-career Kevin Garnett during the latter part of the 2011-12 NBA season (when he averaged 15.8 points and 8.2 rebounds in 60 games).

The Boston Celtic big man becomes enamored with a rare uncut opal that Ratner has acquired from Africa — a pretty rock which inspires both Garnett’s great on-court play, and the name of the film. But Ratner takes his wagers too far, even temporarily trapping his debt’s collectors, until a big payoff provides unexpected results. All of that action translates to Uncut Gems and Sandler being solid contenders for Oscar gold.

Robert De Niro’s professional sports handicapper (based on Frank “Lefty” Rosenthal) makes so much money for gambling-connected American mafia bosses, that he’s given decade-long control of the Tangiers Casino in Las Vegas. How did he always pick right? As Joe Pesci’s mafia enforcer Nicky Santoro narrates, “Even back home years ago, when we were first hanging out together, he’d know if the quarterback was on coke, if his girlfriend was knocked up. He’d get the wind velocity, so he could judge the field goals. He even figured out the different bounce you got off the different kinds of wood they used on college basketball courts, you know. He’d be working on this shit day and night.

There was nothing about a game he was gonna bet that he didn’t know. Season after season, the prick was the only guaranteed winner I ever knew. But he was so serious about it all, that I don’t think he ever enjoyed himself.”  However, Ace shuns that serious approach when he falls for future-wife, Ginger, who hustles Vegas high rollers for a living. “For a guy who liked sure things,” Ace narrates, “I was about to bet the rest of my life on a real long shot.” Spoiler: It proves to be a very bad bet.

Get Free Legal Sports Bets in your State

Harvey Keitel’s unnamed NYC plainclothes cop behaves very unprofessionally on the job in Abel Ferrara’s gritty Catholic character study. Cocaine, crack, booze, sex, and bad sports betting are all part of his daily shift routine. Specifically, he’s losing big by betting on the L.A. Dodgers to beat the N.Y. Mets in the National League Championship Series. With each Dodgers loss, the Lieutenant repeatedly doubles his wager, trying to pay off his deep debt.

His frustration even drives him to shoot his own car radio… while sitting in Manhattan traffic. Finally, he shakily tells his bookie, “The Dodgers are gonna win the series. It’s a fuckin’ lock. Get this, man. I was at the game today, face to fuckin’ face with Strawberry, and I knew that he struck out on purpose, and that he’s saving it up for the big one tomorrow.” However, the doomed Lieutenant’s bookie won’t take his $120,000 bet on the final game, and not even Dodgers slugger Darryl Strawberry can save his wager/life, as the Mets take the series.

James Caan’s college English professor has an affinity for quoting Dostoyevsky, and making reckless sports bets. He goes into the red with his bookie, Hips (Paul Sorvino) for $44,000. However, Freed then hits big at the tables in Vegas, with 13 straight passes… only to flip that windfall into a wipeout. He’s done in by a trio of bad college basketball picks on Harvard, Georgia Tech, and UCLA.

Freed hits the Strip with his teams leading at the half. Later, though, he gets a rude awaking from a debt collector, who harshly reminds him, “They don’t give out no prizes for halftime!” Moreover, the Harvard-educated Freed is extra-angry at his alma mater for blowing a 14-point lead to Ivy League comedy punching bag, Brown University. As he exclaims to the debt collector, “Brown! The most pathetic bunch of lousy scumbags in the entire Northeast!”

Follow The Props Network for sports betting news, expert picks and more entertainment articles like this one.