PGA Golf Betting Odds and Picks for the 2020 Genesis Invitational 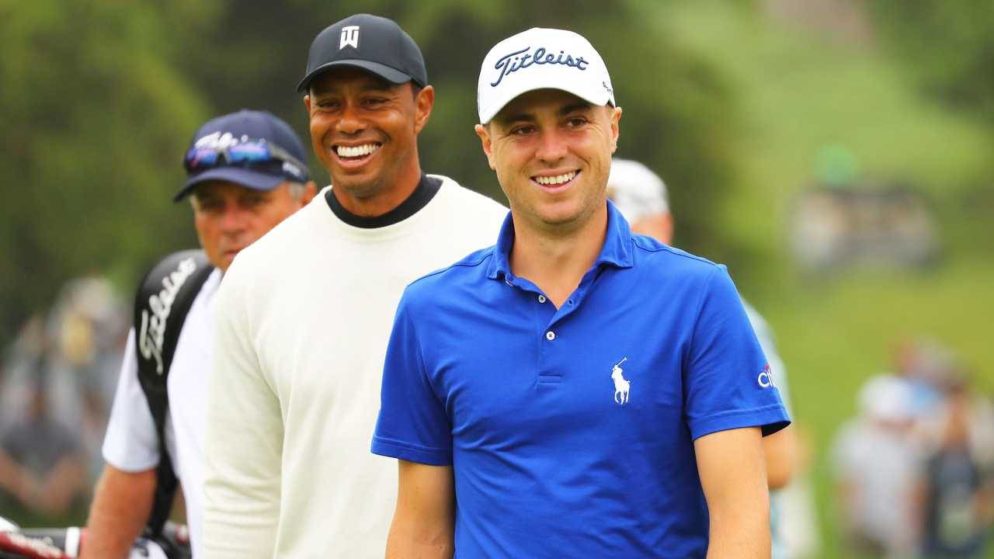 PGA Picks This Week for the Genesis Open

The AT&T Pebble Beach Pro-Am was a frustrating experience for PGA Tour bettors and players, as usual. Long rounds, three courses and having to watch Carlton Banks and CEOs play golf. That’s why many of the top players skipped the trip to the Monterey Peninsula again this year.

Eventually it was Nick Taylor who survived as a wire-to-wire winner at The Irishman of PGA Tour events. This was the Canadian players second win on the tour.

Phil Mickelson was impressive to say the least, when no one thought he could be after his Saudi trip the previous week. He briefly tied for the lead and separated himself from the pack along with Jason Day and Taylor. Phil was brilliant with this short game on Saturday, holing out from off the green on back to back holes. That would not be the case on Sunday, as fatigue and the wind seemed to overpower Lefty’s hot streak. But he was still in it on the back nine.

Unlike Jason Day, who once again showed us that he is just a guy now. It could be his lingering back issues, but Jason Day seemingly always fizzles out when he has chances to win. In fact, he has not won on the tour since the 2018 Wells Fargo Championship, but he still has the solid game to rack up top-tens.

My picks did not do well last week. We will chalk it up to a weird event and try to get back at it for the Genesis. Let’s all give one big Clint Eastwood style “get off my lawn” to Pebble Beach.

On to Riviera CC.

The Genesis Open is now The Genesis Invitational, and Tiger Woods is in charge of the invite list.

What does that mean? It means that no-one ignores an E-vite from Tiger and so this is now one of the strongest fields outside of a Major.

Last year we saw the Genesis plagued by bad weather that made it a real test of endurance as the long wet weekend progressed. The weather was so bad that the whole event was re-started after groups had already tee’d off. Eventually it was J.B. Holmes who won this event. Holmes made the putts that mattered to hold off Justin Thomas, who faltered with multiple bogies on the Sunday Back nine. J.B. will have even more competition from world elite this year if he wants to repeat.

Here are the bets that I plan to make on the 2020 Genesis Open. All of these lines are from Unibet NJ Online Sportsbook. Unibet has the most golf betting options in both New Jersey and Pennsylvania. Right now they are giving away $20 Free Bets just for signing up, so you can make two $10 PGA Tour bets at Unibet without even making a deposit.

Bubba Watson has won this event every other year since 2014. It’s every other year right now. Bubba is in excellent form and has even putted well recently, so he’s looking like the best lock for at least a Top 10 here at +250.

Tony Finau is looking like a very good pick for a strong finish at the Genesis. With his course history here (T15, T2) it would be surprising if he weren’t in the mix. Finau took the week off after his playoff loss to Webb Simpson in Scottsdale. I think he comes back this week on a mission to win an event like this. He has yet to win on such a stage. But if he doesn’t, a Top 10 bet for +250 is one of the best values on the board. I’d suggest this route over +500 for a Finau Top 5 or +2000 for him to win.

Patrick Reed is 2nd in Par 4 efficiency 450 – 500 yards over his last 50 rounds. He is also 4th in strokes gained putting over his last 24 rounds. He plays his best in the toughest fields, so a top ten this week seems likely. Let’s go with Patrick Reed as a top ten finisher for +450 at Unibet. I also will double down on Reed at +1000 to be a Top 5 finisher at Riviera.

I am going back to the well with Patrick Rodgers. Don’t throw tomatoes at me yet for this +1200 pick. When it comes to putting on Poa, Rodgers ranks 2nd on tour during the last 36 rounds. Plus he is 9th in overall short game on Poa greens during the same stretch. Rodgers has decent course history at Riviera too (T15, T26, T22). Historically he isn’t great on long par 4s. However Rodgers’ recent form in that statistical category has been very good, and he has a T16 and T9 already on the West Coast swing prior to the missed cut at AT&T.

Sung Kang. At +1400 for a top 10 is enticing. Kang owns some good finishes at Riviera. Last year he made the cut but finished T64. However in better conditions the previous three years he finished T16, T22 and T8. I think he can shake off the missed cut at the AT&T and respond in a big way at the Genesis.

Head to Head PGA Betting Matchups for This Week at the Genesis Open.

You might be surprised to see Woods as the even-money underdog in this head to head PGA Tour matchup. It just takes looking at his history at Riviera to see why.

Tiger has never won here in 13 appearances. As ESPN’s Bob Harig pointed out, Woods’ worst three greens in regulation tournaments of his whole career were here at Riviera CC.

Patrick Cantlay on the other hand is a California born and raised kid who seems extra comfortable on this course. In his 2018 debut he tied for fourth. Then last year he finished T15th in the bad weather that doesn’t suit his game. So, Cantlay is the favorite here for a reason over Tiger, and perhaps the payout gap should we wider. If that’s not enough, consider that Woods hasn’t played since the Farmers while Cantlay warmed up with a T11 at Pebble Beach last week.

This is pretty simple. Vegas has missed the last 2 cuts here. The stronger field only makes it more likely that he will miss the cut again at Riviera. Taylor, on the other hand, owns T9 and T20 finishes during the same stretch. Vaughn has been bad the last two weeks, but I think he bounces back to make the cut and at the very least finish ahead of Vegas.

As I said earlier, Bubba literally wins this event every other year. Plus he is in great form recently. Also, as I said earlier, Jason Day is just a guy now. He struggled down the stretch last week in a very long event and he has back problems. What else do you really need to know to take Bubba Watson? Maybe this. Day hasn’t played at Riviera since 2017 when he finished T64. This is my favorite bet of the week.

Bonus Picks: Jason Day to miss the cut for +275 at Unibet is worth a play. While Bubba to be the top past champion is also appealing at +350. This would mean Bubba finishing ahead of the likes of Dustin Johnson, Phil and Adam Scott.

PGA Sleeper Pick for this Week

I have two PGA Sleeper Picks for potential winners this week at the Genesis.

First is Cameron Smith at +8000. Smith won in Hawaii already this year before two bad showings at the Farmers and the WMPO. What makes me think Cam has a chance to for another win this week, are his outstanding numbers when playing on Poa. He is first in strokes gained putting on this type of green over the last 50 rounds. Additionally he ranks 8th around Poa greens and 2nd in overall Poa short game. When he won the Sony just a few weeks ago, he gained 8.2 strokes putting on the field. So, if he can putt even half as good at Riviera, he should be in the mix with a chance to win.

Second is Carlos Ortiz at +12500. Ortiz is also a phenomenal Poa player and finished T9 in his debut at Riviera last year. Par 4s over 450 is a key stat this week, with several of them on the course. This is an area where Ortiz ranks 5th in efficiency over the last 50 rounds. That ties him with Rory Mcllroy, who is the heavy favorite to win this week. With a few good finishes under his belt recently, this could be a good time to get in early on a Carlos Ortiz breakout performance. He is +12500 to win it, +2200 for a top 5 finish and +1000 for a top ten. Yes, these are very long odds but not so long that Vegas isn’t saying there’s a chance for Ortiz to win.

My Pick To Win The Genesis Open

My favorite pick to win this week is an obvious one, but the odds are just too good to pass up. So, for the third time in this article i’m picking Bubba Watson. This time i’m taking Bubba to win for +2200 at Unibet. If it weren’t for the presence of all the world’s top players at Riviera this year, Bubba could have a payout half this size. He’s won it three times before, and is having a great 2020 so-far, finishing 3rd and 6th in his last two starts at TPC Scottsdale and Torrey Pines.

Bubba is also putting really well. He’s gained nearly 4 shots putting in both recent events. And, is there anyone more lethal when it comes to scoring on long par 4s and short par 5s? With conditions looking friendly for scoring this weekend in Los Angeles, I am going to be backing Bubba to win here for the fourth time.

Who Should I Pick on the PGA Tour This Week?

Who won the Genesis Open?

J.B. Holmes won the 2019 Genesis Open. Justin Thomas was the runner up.

The Genesis Open will be held at Riviera Country Club in Pacific Palisades, CA

How to watch the Genesis Open?

The Genesis Open begins on Thursday, Feb 13th at 6:45 AM PT. Check your local listings for TV times on PGA Tour Live, Golf Channel and CBS.

Is Tiger Woods Playing in the Genesis Open?

Yes. Tiger Woods is in the field for the 2020 Genesis Open.

Sam Cotler is a sports analyst and head of content for ThePropsNetwork.com. While his background is as a reality television producer, Sam is also a dedicated golf and PGA Tour nut. He has years of experience wagering (somewhat successfully) on professional golf.

The Props Network only ranks the best legal sports betting bonus deals from states where it is now legal to play.