Conor McGregor Alleged ‘Cheating’ Video – Is it the MMA Legend? 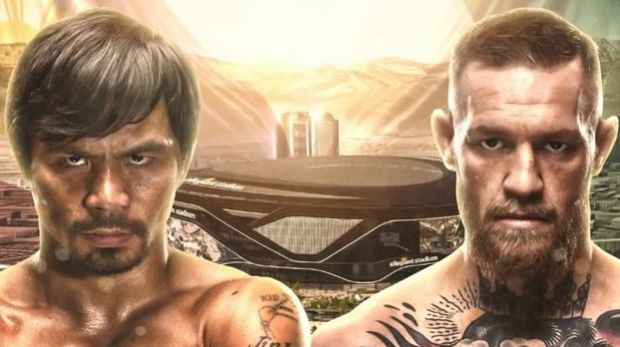 ‘The Notorious’ One Has Gone Viral Again

A new video has been floating around twitter, reddit, and MMA blogs suggesting the world famous MMA superstar, Conor McGregor, has been caught cheating again. True or not, it appears that there has been a serious PR effort to scrape the video from the internet and keeping the rumor out of mainstream media. This neither confirms or disproves the validity of the accusation.

The video itself is not exactly incriminating either as it simply shows a red-haired male, sleeping in a bed by himself, while a not so attractive female videos herself dancing around a room.

Is it Conor Mcgregor or an Impostor?

Many Conor Mcgregor fans are fighting back against the allegations arguing there is no way that is the champ in the video. There is much dispute about the placement of his tattoos, the lack of cauliflower ear, and the fitness level of the gentleman featured in the video. Other comments include the unlikelihood that ‘The Notorious’ one would ever mingle with the female who took the video.

Alternatively, some MMA bloggers have said they believe it is absolutely Conor and that the selfie video is a reverse image and matches the profile accurately. We will leave it up to the viewer to decide. This certainly does not take away from the fact that Conor is one incredible athlete and entertainer.

Despite the video, new hype has spawned around rumors that there could be a big match-up announcement in coming months. Many believe McGregor and Pacquiao could potentially face-off in a boxing match. This rumor stems from Pacquiao’s reported signing with Paradigm Sports Management, who also represent McGregor.

The US sports betting industry, which is rapidly legalizing across America, would certainly benefit from a McGregor VS. Pacquio bout. The fact that Americans no longer need to visit Las Vegas to place a legal sports betting wager could significantly change the economic value to headline boxing matches moving forward.

All of the legal US online sportsbook companies, like Pointsbet, are rolling out big promotions for the upcoming Wilder Vs. Fury 2 fight coming up on February 22nd. This fight can be a good barometer of increased betting interest around contact sports.

Check out these great options for online sports, boxing, and MMA betting in the US below: