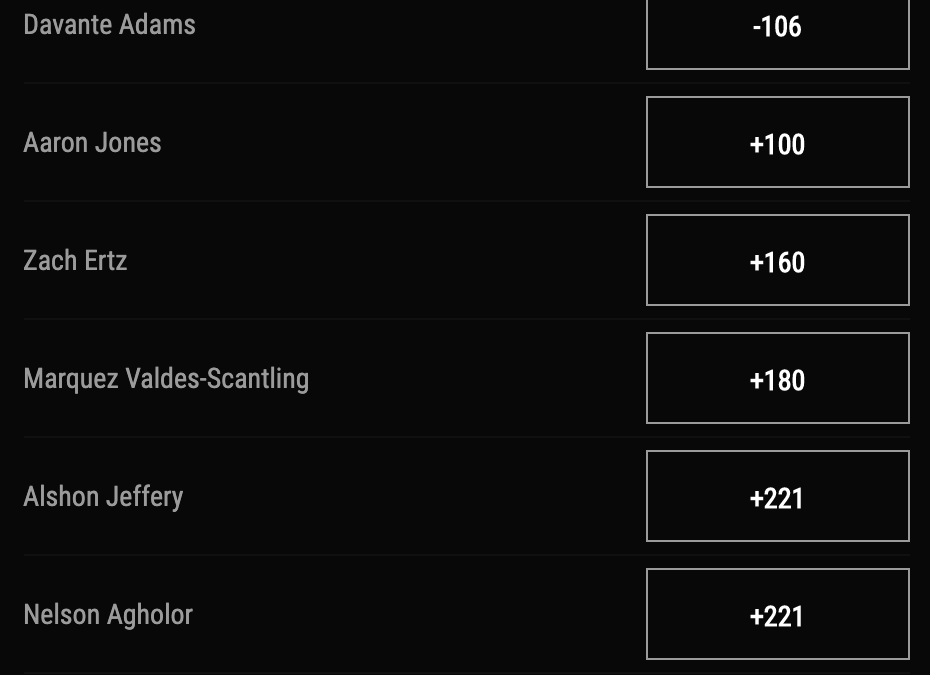 The Eagles travel to Lambeau Field tonight to face the Green Bay Packers (8 PM on Fox, NFL Network and Amazon Prime Video). Legal sports books are offering a tremendous variety of betting options on this game. Pointsbet has 221 TNF props listed for the Eagles Vs. Packers alone.

Who has time to dissect all of that? We do!

Our Top 3 Props for TNF

Nelson Agholor got called out by the ultimate Philly sports fan this week. A man who his opportunity to be lauded as a hero for literally catching babies flying out of a burning building (“unlike Agholor“), to criticize the Eagles WR.

The Philly hero’s shot at Agholor was in reference to a terrible drop that cost the Eagles the game against Atlanta. However, Agholor has been red hot in terms of fantasy numbers in the last two games. Against Atlanta and Detroit, he caught 16/23 targets for 157 yards and 3 TDs.

Alshon Jeffery is expected to return to the lineup tonight after 2 weeks off for a calf injury. There is no doubt that his presence will eat into the production of Agholor. However Jeffery will probably be stuck in a matchup with Jaire Alexander, which could result in Carson continuing to look for Agholor on deep shots and in the red zone.

I think he gets into the end zone tonight, as the Eagles likely try to pull off a comeback in the 4th quarter.

The reasoning is simple here. Aaron Rodgers has not been Aaron Rodgers so far this season. He has yet to surpass 235 passing yards in a game. Last week against a surprisingly bad Denver defense, Rodgers struggled with accuracy. He sported a 58.6 completion percentage and and threw only 1 TD, despite the Packers scoring 27 points in the game.

Should we expect him to suddenly snap back into hall of famer mode tonight? Or will he continue to struggle some against an Eagle team known to be downright aggressive on D when their back is against the ropes?

I think the Eagles can pick Rodgers one time tonight, despite his long history of rarely turning the ball over.

This is a Booster special on Pointsbet, where they have raised the payout from +130 to +160.

You know I never like to pick against the Birds, but this is just not a game that anyone expects them to win. They are injured (Ronald Darby, Desean Jackson, etc) and they have looked flawed on offense and defense.

The Packers on the other hand have looked like a major contender to win the NFC, and this could be Rodgers best chance at another title run. The much improved Green Bay defense will create problems for Philly, and it’s going to be hard for Doug P’s team to pull off the upset.

I think Adams will be targeted often in this game and he’ll face a banged up Eagles secondary that just allowed 101 yards to Marvin Jones last week. He should surpass 80 yards for the second time this season at home, and unfortunately the Eagles should lose.