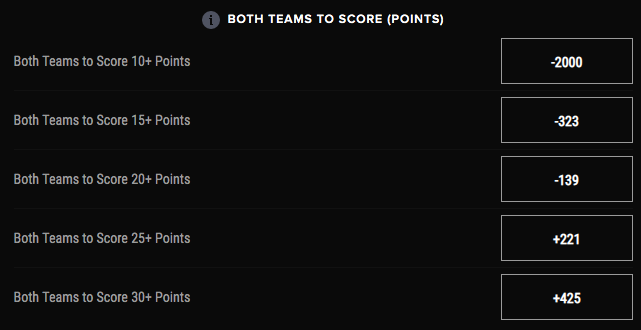 Top Props From The Fantasy Experts

Let’s take a trip to the magic land of fantasy football, which is always a great place to score intel on prop betting. By looking at expert predictions for top fantasy performers, we access a wealth of free analytics that also applies to the props market.

This week I based my picks on the top position performers – as predicted by the crew over at ESPN Fantasy. Here are their consensus #1 choice for each of the big five positions in PPR leagues:

I’ve selected Top Props for each of these 5 position performers.

Through three games, Patrick Mahomes has put up MVP-caliber numbers of 1,195 passing yards and 10 TDs, while Matthew Stafford has thrown for a respectable 831 yards and six TDs. With two such talented strong-armed high-volume passers going head-to-head in Detroit, this match-up has a total points line of 55 that seems low. Detroit has put up 27 in two of three games, while K.C. has scored 40, 28, and 33. It’s a good bet that both will have surpassed 25 when the final whistle blows.

Kyle Allen filled in admirably for the wounded Cam Newton in Week 3, and Panthers RB Christian McCaffrey was a BIG beneficiary on the ground. With Cam’s famous feet sidelined, McCaffrey broke out for 153 yards. Allen’s up against a stout Houston Texans pass rush this week, so expect McCaffrey to benefit once again as a ground attack safety valve – eyeing another 100-yard effort.

Keenan Allen had a monster game against the Houston Texans in Week 3, finishing with 13 catches for 183 yards and 2 TDs. This, after ripping off 123 and 98 yards (both, via eight receptions) his first two games. In Week 4, expect L.A. Chargers QB Philip Rivers to continue an ever-increasing trend of dialing up his top wide receiver (targeting him 10, 15, and 17 times, respectively their first three games), with another 125+ yards receiving result.

Travis Kelce has been a reliably consistent pass-catcher within the high-octane Kansas City offense being driven by MVP front-runner Patrick Mahomes. He has produced 88, 107, and 89 yards receiving on 8, 9, and 8 targets from his slinging QB. Facing the Detroit Lions in a Week 4 shoot-out, expect Kelce to continue the trend of finishing with over 83.5 yards receiving.

Consequently, the Chargers defense is a hot fantasy commodity. However, as potent as the Philip Rivers to Keenan Allen connection has been, L.A. will likely ease off the gas pedal once they’ve jumped well ahead, and rely on integrating their returning RB Melvin Gordon back into the offense — letting him run out the clock on this latest Miami blowout. That, combined with Miami’s offensive impotency, means I’m taking the under on the game’s 44.5 points line.