Jumoke Davis began hosting on camera at BET. He loves telling the story without being the story. His magnetic personality helps him conduct memorable interviews with athletes, celebrities, politicians, sports owners, league commissioners. He has also hosted shows and in-arena events, called play-by-play for basketball and tennis, reported as an embedded journalist with an NBA team, and emceed. Jumoke is versatile in all aspects of production. His experience includes being a multi-media journalist, and serving on various productions as the videographer, writer, director, producer, and editor. He has won multiple awards including four Emmy Awards for his work. He serves on the Executive Council and is a board member of the National Academy of Television Arts and Sciences, National Capital Chesapeake Bay Chapter, and is a member of the Director's Guild of America (DGA). He is also the co-founder of a new creative agency called, 10th Collective.

Tom Brady leaves the NFL. Load management in the NBA. Why you gotta love Jimmy Butler.

Tom Brady leaves the NFL in good hands. Jumoke's theory on the real reason why LeBron James and Anthony Davis not playing in Nets game and how load management is ruining the regular season. Plus, why you gotta love Jimmy Butler.  Learn more about your ad choices....

Jumoke’s NFC and AFC championship game picks. NBA ref’s mistakes are hurting the league. Djokovic is the best ever.

Jumoke's NFC and AFC championship game preview and gut-check picks. NBA ref's mistakes are hurting the league and are having an adverse effect on teams but what will the NBA do about it. Djokovic is the best ever in not just men's and women's tennis but sports. Hear...

Where the Cowboys lost the game. Hype for All-Star game. Good drama at Australian Open.

Where the Cowboys lost the game and other observations from the NFL Divisional round. Renewed hype for the NBA All-Star game after welcome change to roster picks. Good drama at Australian Open without the star power.  Learn more about your ad choices. Visit...

NFL Playoff picks. A player returns to his home team. Shannon Sharpe should sit down.

NFL Playoff picks. A player returns to his home team and Jumoke discusses which player he would like to see a return to his first team. Which NBA teams need to be sellers as the trade deadline looms? Why Shannon Sharpe should sit down and stop trash-talking with NBA...

NFL Playoffs observations. Australian Open. And what Darius Miles actions says about the value of life.

NFL Playoffs observations from a Monday morning quarterback. Thoughts on Australian Open with Novak's return but many great players missing. And what Darius Miles actions says about the value of life. Learn more about your ad choices. Visit megaphone.fm/adchoices

NBA midseason predictions and who is the new favorite to win the championship. Why Stetson Bennett should get an NFL look without looking at his age. Gut-check picks for NFL playoffs and which underdogs can pull off the upset. Learn more about your ad choices. Visit...

Will the NFL do the right thing? Why the Dodgers did the right thing. Thoughts on NBA scoring today versus the past. Gut check picks for the final week in the NFL. Learn more about your ad choices. Visit megaphone.fm/adchoices

Will Damar Hamlin’s cardiac arrest change the NFL? Scoring trends and changes in the NBA.

Should Damar Hamlin's cardiac arrest make the NFL consider flag football? They already are doing it with the Pro Bowl, why not the regular season? Scoring is up around the league and by players with a number of teams on winning streaks. What gives? Learn more about...

The passing of Franco Harris. Why the sun may be setting on Phoenix? Can the Mets win now? Week 16 NFL picks and NBA Christmas picks.

What the passing of Franco Harris means to the Pittsburgh family. Why Kenny Pickett should consider retiring now. As the NBA turns, why the sun may be setting on Phoenix and we could be heading toward a Knicks resurgence. Can the Mets win now with the about face...

A World Cup to remember. An NFL game to forget. Tanking in the NBA and meeting Messi.

A World Cup to remember with Messi and Mbappe living up to the hype. An NFL game to forget for multiple teams in week 15. Why more NBA teams should tank but not give up their assets. Jumoke looks back on when he met Messi and gave HIM a jersey versus the other way...

Why we need Mbappe vs Messi final. Look back at Week 14 in the NFL. Should Washington tank next year for Caleb Williams?

Why we need Mbappe vs Messi in the World Cup final. A look back at Week 14 in the NFL and the best games of the week. Should Washington tank next year for Caleb Williams? How the NBA is leveling out. Learn more about your ad choices. Visit megaphone.fm/adchoices

Brittney Griner gets her freedom. Dan Snyder and the NFL under the microscope. World Cup and NFL gut check picks.

Brittney Griner gets her freedom but was it the right move? Dan Snyder and the NFL are now under the microscope. World Cup and NFL gut-check picks.  Learn more about your ad choices. Visit megaphone.fm/adchoices 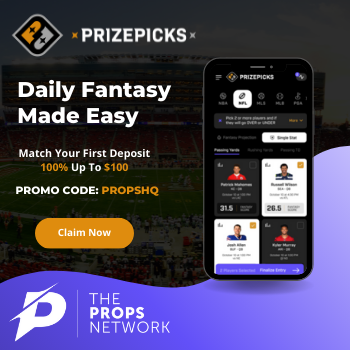